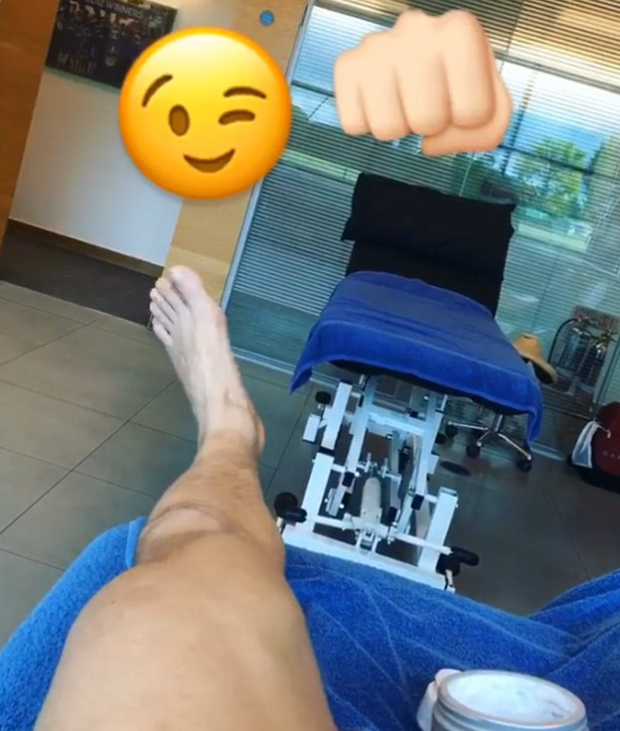 David Luiz has shared a promising update on social media after the Chelsea defender suffered an injury during the 3-0 win over Everton on Sunday.

The Brazilian was forced off late in the second half at Goodison Park and was replaced by youngster Nathan Ake.

Luiz had been struggling with a knee problem at various stages of the campaign but has still been one of Chelsea’s top performers at the back.

And the defender appeared to indicate that his recovery is going well after posted the picture above on his personal Instagram account’s story.

He shared the picture above on the app, as he posted a winking emoji on the treatment table.

Chelsea fans will be hoping that Luiz will be back available for selection when the Blues return to Premier League action on Monday night with a crunch clash against Middlesbrough at Stamford Bridge.

After the game at Goodison Park on Sunday, Luiz had shared the photo above on Instagram and written: “Keep fighting until the end blues! Come on @chelseafc ! Well done lads! 👊🏻.”

Gary Neville: This will be Chelsea’s next challenge under Antonio Conte