Pundit: Chelsea could lose ’30 per cent’ of their team this summer 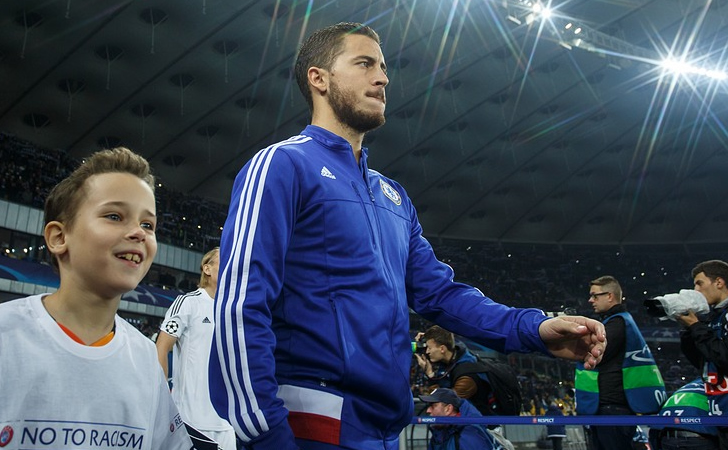 John Hartson has warned Chelsea that it would be like losing “30 per cent” of their team if Eden Hazard moves to Real Madrid this summer.

Hazard’s future at Stamford Bridge continues to be a source of speculation and the 26-year-old playmaker has long been linked with a possible transfer to Real Madrid.

The Belgium international has been one of the Premier League’s top performers this season and his fine displays for Chelsea have helped the Blues establish themselves as the favourites to win the title.

Hazard has scored 15 goals in the Premier League to help Antonio Conte’s men build a four-point lead at the top, with the Blues now just two wins from the title.

However, former Arsenal man Hartson has stressed the importance of Chelsea keeping hold of Hazard in the summer because of his importance to the team.

Speaking on BT Sport’s Premier League Tonight show, Hartson said: “I think if you lose Hazard, you lose almost 30 per cent of your team.

“Eden Hazard is irreplaceable. It is vital they try and keep hold of him. But money talks…”

Chelsea host Middlesbrough in the Premier League at Stamford Bridge on Monday night.

Ian Wright: What I really think about Antonio Conte at Chelsea