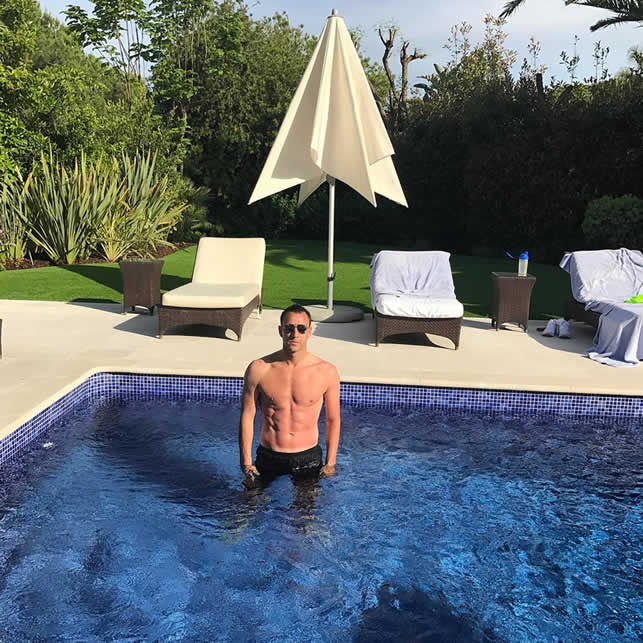 John Terry has clearly been making sure that he is in peak physical condition as he prepares for his Stamford Bridge send-off on Sunday.

The veteran defender has announced that he will be calling time on his decorated career at Chelsea at the end of the season.

Terry has found his first-team opportunities to be severely restricted this season but marked his return to the starting line-up with a goal in the 4-3 win over Watford last weekend.

Chelsea will lift the Premier League trophy in front of their home fans against Sunderland on Sunday as the Blues prepare for their final game of the season at Stamford Bridge.

And Terry has clearly been keeping himself in great shape ahead of his farewell as he and his wife enjoyed a trip to Portugal this week.

Terry’s wife Toni posted the picture above on her Instagram account on Wednesday afternoon and wrote the caption: “😍 Mr T @johnterry.26 💋”

Terry will be hoping to help Chelsea win a domestic double this season when the Blues take on Arsenal in the FA Cup final at the end of the month.