Mesut Ozil opens up to Arsenal fans about his future plans 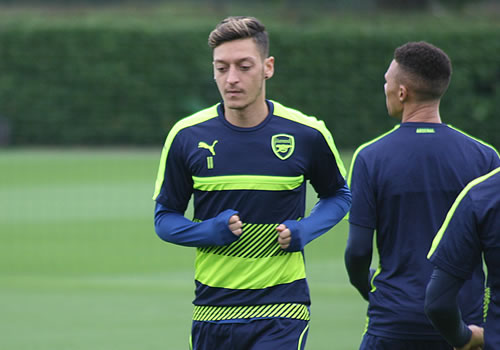 Mesut Ozil has insisted that he is “happy” at Arsenal but has refused to commit his long-term future to the north London club.

The German playmaker’s situation at The Emirates has been a relentless source of speculation this season after both he and Alexis Sanchez entered into the final 15 months of their contracts at the club.

Arsenal are thought to have put talks over new deals on hold until the summer as the Gunners try and focus on somehow clawing their way back into the top four before the end of the season.

The 28-year-old has stressed that he is happy in north London but says he will not resume talks with the club about a new deal until the end of the season.

Speaking to Sky Sports News HQ, Ozil said: “As I’ve said in the past, the most important thing is Arsenal and what we do as a team now.

“I’ve got aims with this club, we all want the top four and that’s what counts at the moment.

“As I’ve said before, in the summer we will talk but right now Arsenal stands in front of any player and I respect that.

“As I’ve always said in the past, I feel comfortable here. I’m happy. Arsenal belong as one of the best clubs in the world and London is a great place to be, a great city to live in.

“So after the season we will talk and then we will make a decision from there.”

Ozil has been a regular fixture in the Arsenal first team since arriving at The Emirates from Real Madrid in a big-money transfer back in the summer of 2013.

The playmaker will be expecting to feature when Arsenal play Stoke City at the bet365 Stadium on Saturday evening.