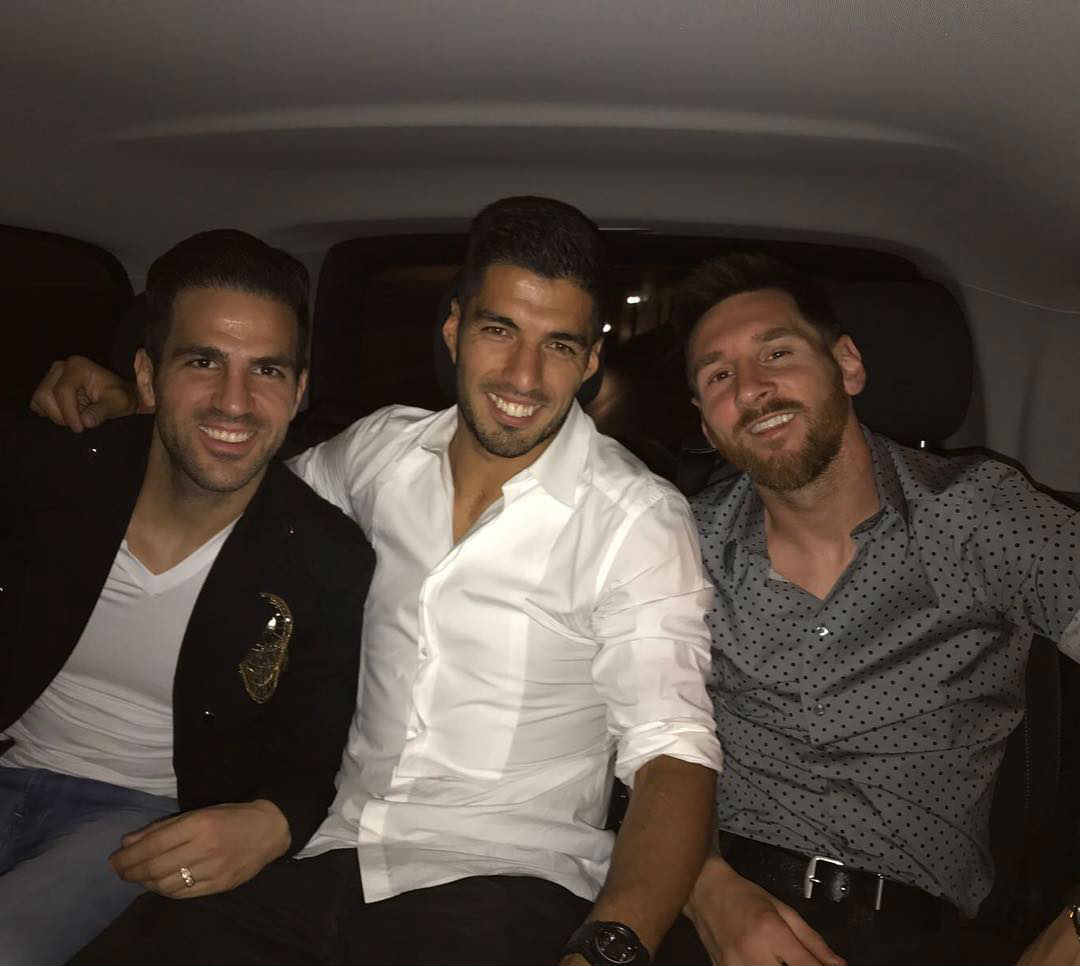 Cesc Fabregas was catching up with Barcelona duo Lionel Messi and Luis Suarez on Wednesday night.

The Spain international secured his second Premier League title with Chelsea last week after a 1-0 win at West Bromwich Albion.

Fabregas has proven a key part of Antonio Conte’s squad in recent months as the 30-year-old helped the Blues to get over the line in the title race.

The former Arsenal captain has scored four goals and has made 11 assists in 12 starts and 16 substitute appearances in the Premier League this term.

Fabregas spent three seasons at Barcelona before his return to the Premier League in a £27m transfer to Chelsea in 2014.

The Chelsea midfielder met up with his former team-mate Messi and Barcelona striker Suarez on Wednesday night.

Fabregas posted the above photo on his Instagram page and wrote the following caption:

Chelsea will take on Fabregas’ former club Arsenal in the FA Cup final at Wembley on Saturday 27 May.

The Blues are seven points clear of second-placed Tottenham Hotspur.

Phil Thompson: Why Liverpool fans are jealous of Man United

Pundit: Arsenal haven’t been the same without this player, he’s a huge miss