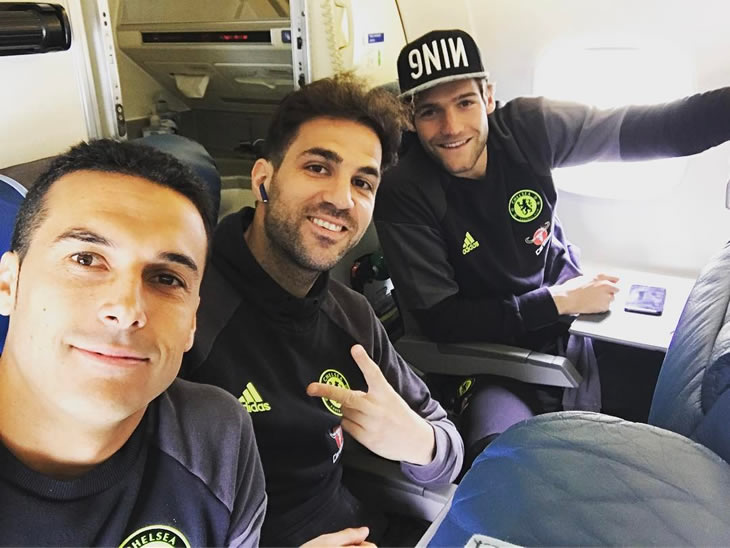 Pat Nevin has joked that it was unfair Chelsea were able to replace injured N’Golo Kante with Cesc Fabregas in Monday night’s 3-0 win against Middlesbrough.

The France international was forced to sit out the visit of Boro at Stamford Bridge as the midfielder continues to struggle with a thigh problem.

Fabregas was drafted into the Chelsea team to replace Kante and the Spain international produced a dominant performance in Antonio Conte’s team.

The 30-year-old teed up Diego Costa for the west London side’s opening goal against Middlesbrough with a superb cross for the Spanish striker.

Fabregas created his tenth assist of the 2016-17 season despite a lack of first-team football in the second half when he teed up Nemanja Matic.

Writing in his Chelsea column about Fabregas’ performance against Middlesbrough, Nevin felt that the former Arsenal captain controlled the Premier League game.

“Maybe Boro and Spurs fans thought that with everyone’s player of the year, N’Golo Kante, unavailable, Chelsea would be put off their stride but having as his replacement Cesc Fabregas was bordering on unfair,” Nevin told Chelsea’s website.

“When it quickly became clear that Cesc was on a mission to control the game, the result was never in doubt.

“It was a question of how many. Cesc fancied making a chance every time he got on the ball and that was most of the time.”

Fabregas won the Premier League title in his first season at the west London club following a £27m deal from La Liga side Barcelona in 2014.