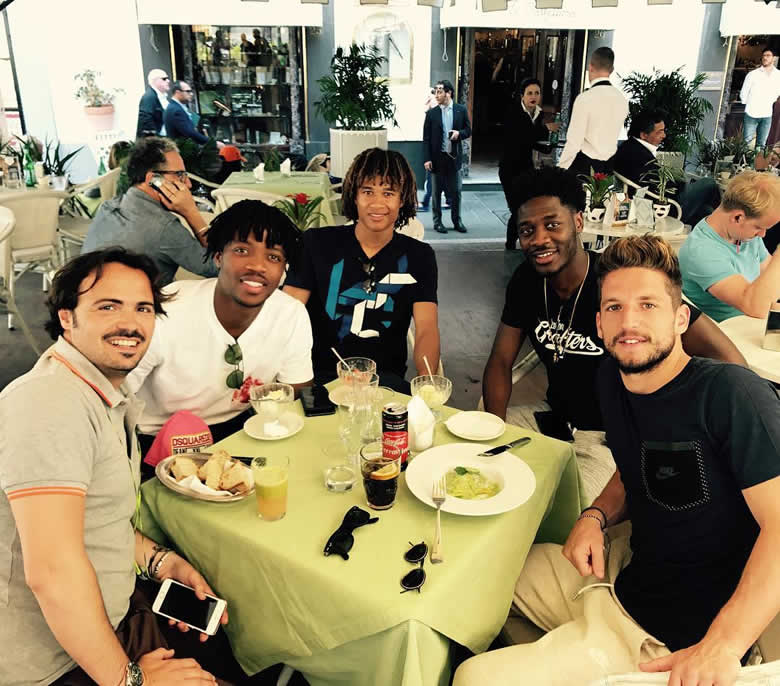 Dries Mertens was all smiles as he posed for a picture with Nathaniel Chalobah, Nathan Ake and Ola Aina amid reports linking him with a summer transfer to Chelsea.

The Belgium international has been touted as a possible summer transfer target for the west London club as Antonio Conte begins to think about bolstering his squad ahead of his second season in charge.

Conte is preparing his side for their final Premier League game of the season on Sunday as they host Sunderland at Stamford Bridge, with the Blues set to lift the top-flight trophy in front of their home fans.

The Chelsea boss has given his team some time off this week and Chalobah took the opportunity to jet off to Italy to catch up with Mertens, who he played with during his loan spell at Napoli last season.

Mertens uploaded the picture above on his personal Instagram account and wrote the caption: “My man Chalotah and his boys 🙌 #helovesNapels 💙”

Chelsea are aiming to win a domestic double this season and will take on Arsenal in the FA Cup final at Wembley at the end of the month.

Jamie Redknapp: These are the signings Man United must make this summer