Jamie Carragher predicts this Liverpool transfer will happen in the summer 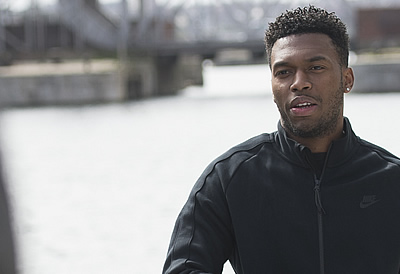 The England striker has struggled to hold down a regular starting spot in the Liverpool team this summer.

Jurgen Klopp handed Sturridge just his sixth start of the 2016-17 Premier League season at the London Stadium on Sunday.

The 27-year-old repaid his manager’s faith with a brilliant opener to help Liverpool secure a 4-0 win at West Ham.

Sturridge has now scored four goals in 20 appearances in the Premier League in the current campaign.

The England striker has been linked with a move to West Ham at the end of the 2016-17 season.

Former Liverpool defender Carragher, who played alongside Sturridge for six months before retiring in 2013, tipped the Reds striker to leave this summer.

“Will he be at the club next season? He’s a transfer target for West Ham,” Carragher told Sky Sports.

“He has never looked a perfect fit for Jurgen Klopp. He doesn’t stay fit enough don’t mind how he fits in Klopp’s team.

“This could be his last game for Liverpool. Obviously game next week but he doesn’t show it often enough because of his injury problems.”

Liverpool are in third place and four points ahead of Arsenal in the race to secure a Champions League spot.