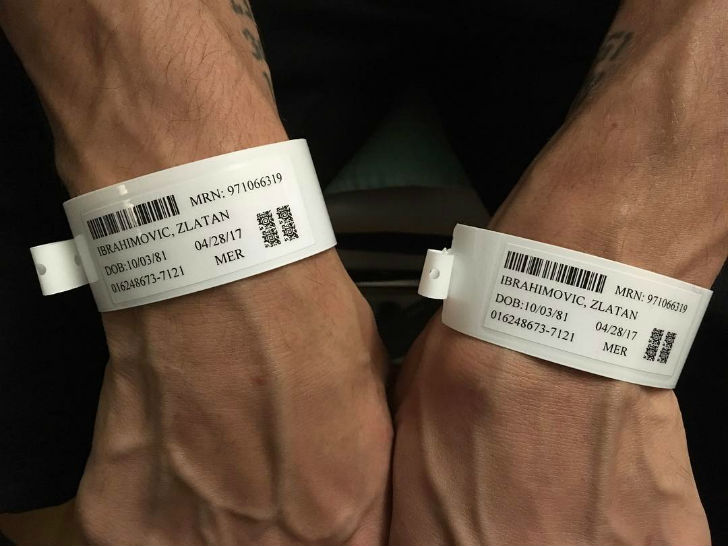 The 35-year-old’s 2016-17 season was brought to a premature end last month when the Manchester United star suffered a serious knee injury in the second half of a 2-1 win against Anderlecht at Old Trafford.

The veteran striker scored 17 times in 29 appearances in the 2016-17 Premier League campaign to answer the critics who questioned whether he could adapt to the English top flight.

The former Barcelona and Inter Milan centre-forward has even scored 11 times in cup competitions to help Manchester United to win the EFL Cup and the Europa League semi-finals.

Ibrahimovic posted the above photo on his Instagram page and wrote the following caption on the photo-sharing app: “Fixed, done and stronger. Once again thank you for the support. We will enjoy my game together soon.”

It remains to be seen whether Manchester United will exercise their option to extend Ibrahimovic’s stay at Old Trafford for another year after he signed an initial one-year deal last summer.

Manchester United could only muster a 1-1 draw with Swansea City in the Premier League at Old Trafford on Sunday afternoon.