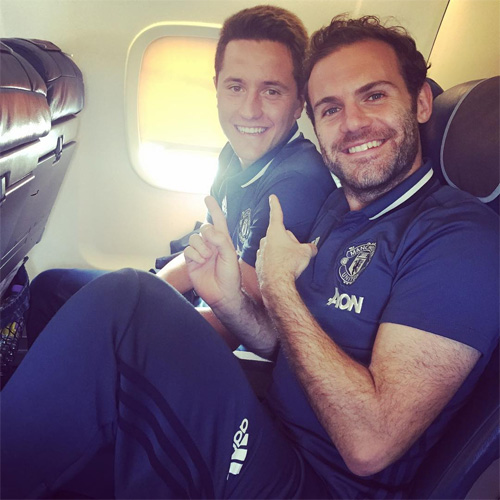 Ander Herrera has credited Jose Mourinho with improving the Manchester United midfielder over the past season.

The Spain international has become an important player under the Portuguese coach after Mourinho replaced Louis van Gaal at the end of the 2016-17 season.

Indeed, Herrera has scored one goal and has made six assists in 28 appearances in the Premier League in the current campaign.

The 27-year-old was part of the Manchester United squad that won the EFL Cup at Wembley in February thanks to a 3-2 win against Southampton.

Manchester United will take on La Liga outfit Celta Vigo in the Europa League semi-final in Spain on Thursday night.

Speaking to Onda Sero about Mourinho’s impact on his Manchester United career, Herrera was full of praise for the Red Devils boss.

“Mourinho is a winner, he is very competitive. He demands 100 percent from his players. He gives you all the confidence in the world from the first day. I’ve improved as a player with him and I’m very grateful for that.”

Gary Neville: Why I’m not worried about Man United signings under Jose Mourinho