Photo: Ander Herrera all smiles with Man United star ahead of Arsenal clash 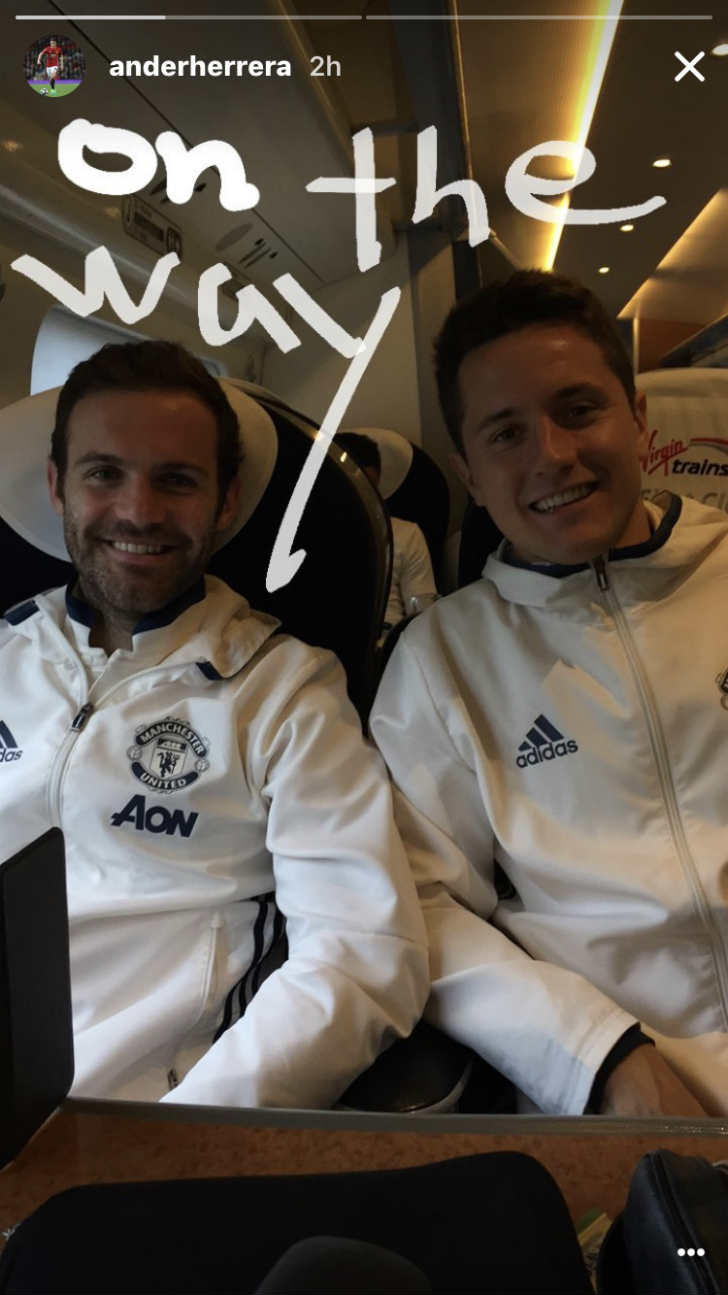 Ander Herrera and Juan Mata appeared in good spirits as Manchester United made their way to London ahead of Sunday’s clash at Arsenal.

The Red Devils have been busy over the past week after Marcus Rashford’s free-kick secured a 1-0 win against Celta Vigo in the first leg of their Europa League semi-final.

Manchester United have had less than 48 hours to recover from their European exploits before packing their bags and heading to London for Sunday’s Premier League clash at The Emirates.

Mata has battled back from what was described as a season-ending injury to make himself available for Manchester United’s concluding games of the 2016-17 campaign.

And the Spain international was all smiles with his compatriot Herrera as the Red Devils made the trip to the English capital.

Herrera posted the above photo on his Instagram story and wrote the following caption: “on the way”

Manchester United are in fifth place and five points clear of Arsenal in the race for a top-four finish.