Photos: Mkhitaryan singled out by Mourinho in Man United training

Henrikh Mkhitaryan was singled out for advice by Jose Mourinho during Manchester United’s final training session ahead of their Europa League showdown with Celta Vigo on Thursday night.

The Manchester United boss was pictured talking to the Armenian playmaker and pointing away during the Red Devils’ training session at Carrington.

Mkhitaryan will be hoping to start for Manchester United when the Red Devils take on Celta Vigo in the return leg of the semi-final clash at Old Trafford on Thursday night.

The summer signing has been something of a Europa League specialist for Manchester United so far this season and will be hoping to help his team reach the final in Stockholm.

Manchester United head into the game having secured a 1-0 win over the Spanish side in last week’s first leg in Spain thanks to Marcus Rashford’s free-kick.

Also pictured in action during the training session were the likes of Paul Pogba, Ander Herrera and Daley Blind.

Manchester United are bidding to get back to winning ways after the disappointment of their 2-0 loss to Arsenal last weekend in the Premier League. 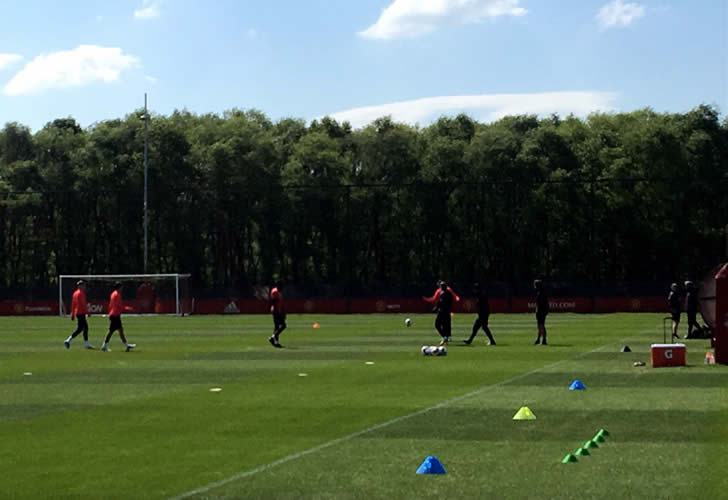 Here are some of the best pictures from Manchester United’s latest training session.