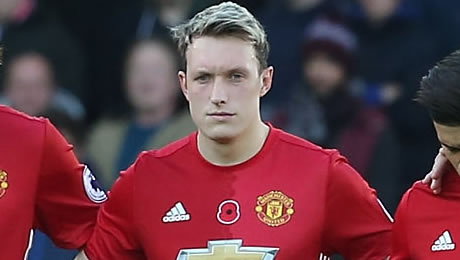 Jose Mourinho has insisted that he has still not decided on his starting line-up for the Europa League final against Ajax next week.

The Red Devils are now beginning to turn their attention to the crunch clash in Stockholm on Wednesday night as they look to secure a route into next season’s Champions League by winning the competition.

Mourinho rung the changes for Manchester United’s goalless draw with Southampton in the Premier League on Wednesday night.

Eric Bailly is suspended for the final after his red card in the semi-final clash against Celta Vigo and Mourinho admits that he is unsure whether he will start Chris Smalling or Phil Jones in central defence in Sweden next week.

Speaking to MUTV after Wednesday’s game, Mourinho said: “Of course, yes. That’s what the people who are having opportunities are doing in the last matches.

“If Eric Bailly is not playing the final, who plays the final? Smalling or Jones? It is these kind of questions that I have to answer.”

Manchester United must first prepare for their Premier League clash against Crystal Palace on Sunday afternoon before turning their attentions fully to next week’s final.

Pundit predicts where Liverpool will finish in the table