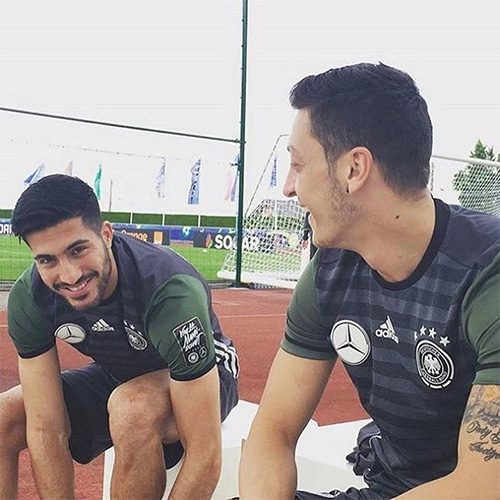 The Germany international made the breakthrough in added time at the end of the first half in stunning fashion thanks to Can’s overhead kick.

Lucas Leiva picked out the versatile midfielder with a cross and Can managed to guide a scissor kick past Heurelho Gomes on the move.

Can’s sensational effort was only his sixth goal in 81 games in the Premier League for Liverpool since his move from Bayer Leverkusen in 2014.

Former Liverpool midfielder Garcia took to Twitter to heap praise on Can for his stunning goal on the stroke of half-time.

Garcia wrote: “What a screamer !! Fantastic finish from Emre Can… Watford 0 Vs @LFC 1 #Top”

Garcia was no stranger when it came to scoring wonder goals during his Liverpool career under Rafael Benitez.

The former Spanish forward’s most-memorable goal came in a 2-1 win against Juventus in the Champions League last eight.

Liverpool are in third place in the Premier League table.