Manchester United have unveiled their new away kit for the 2017-18 season.

Red Devils midfielder Ander Herrera was among the Manchester United players to model the new strip after it was revealed on Wednesday morning.

The adidas strip features a design inspired by one of the club’s most iconic kits – the 1990-92 away jersey.

David De Gea, Daley Blind and Henrikh Mkhitaryan also feature in the promotional campaign. Red Devils fans will be hoping that De Gea’s inclusion in the campaign means he will be staying at Old Trafford beyond the summer transfer window.

The graphic design of the original kit has been reimagined on a black backdrop with white hues, with the classic adidas three stripes, club badge and adidas logo all in white. A crew-neck collar gives the kit a “modern makeover”. 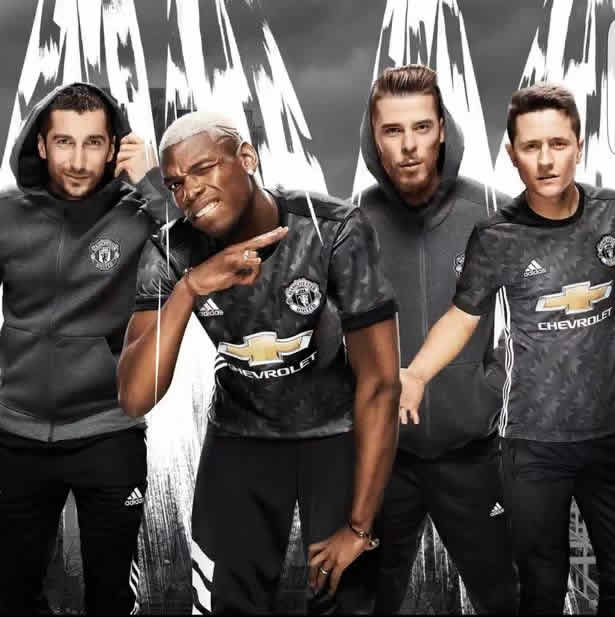 “It’s no secret that the mighty Red Devils dominate and command respect from their opponents,” read an official Adidas statement.

“Like the giants themselves, the ’90-’92 Man United away kit is celebrated, hated and impossible to ignore. A bold version of the iconic kit, this men’s football jersey embraces all the hype and amplifies it.”

Herrera and his Manchester United team-mates are currently preparing for their crunch Europa League semi-final clash against Celta Vigo on Thursday night after having won the first leg 1-0 in Spain last week.

Photos: Mkhitaryan singled out by Mourinho in Man United training