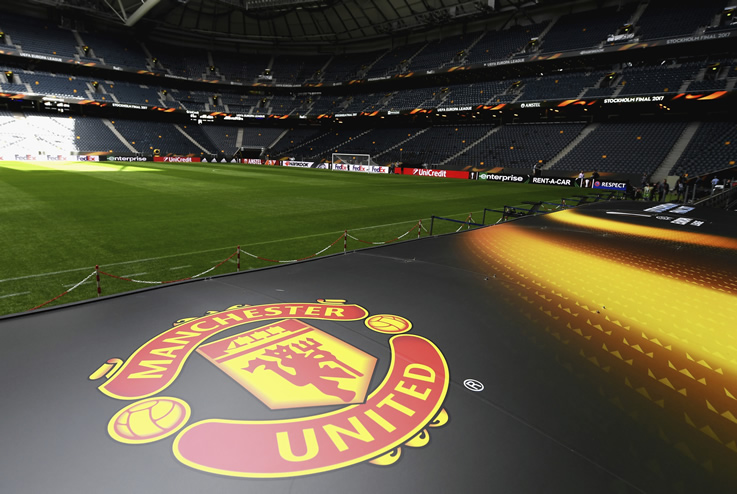 Jose Mourinho is preparing his Manchester United squad for their biggest game of the season as the Red Devils gear up for the Europa League final against Ajax on Wednesday night.

The build-up to the game has been marred by the attack on a music concert at the Manchester Arena on Monday night in which 22 people were killed, including an eight-year-old girl.

Manchester United cancelled their pre-match media conference, which was due to take place on Tuesday evening, as a mark of respect to the victims and their families.

“We are all very sad about the tragic events last night,” said Red Devils boss Mourinho in a statement on Tuesday. “We cannot take out of our minds and our hearts the victims and their families.

“We have a job to do and we will fly to Sweden to do that job. It is a pity we cannot fly with the happiness that we always have before a big game.

“I know, even during my short time here, that the people of Manchester will pull together as one.”

Uefa confirmed on Tuesday night that there would be a minute’s silence held before the final in Stockholm, and that the opening ceremony would also be “considerably reduced” as a mark of respect for the victims of the Manchester attack.

The game has always been a significant one for the Red Devils and they head into it knowing that victory represents their final hope of securing a place in next season’s Champions League. 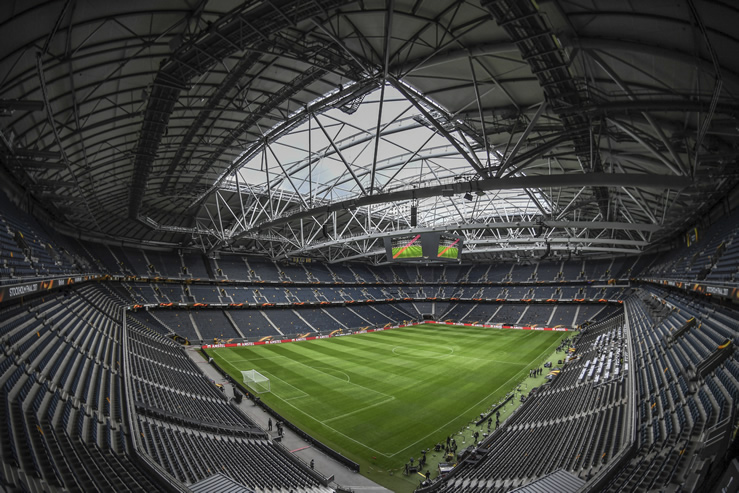 The Europa League final will be played at Friends Arena in Stockholm Photo: UEFA / Handout

Mourinho’s men missed out on a top-four finish in the Premier League at the weekend and ended up a disappointing sixth place in the Portuguese coach’s first season in charge at Old Trafford.

Manchester United will be missing a number of key players for the game at the Friends Arena in Stockholm.

Zlatan Ibrahimovic (knee) and Marcos Rojo (knee) are among the absentees due to injury, while defender Eric Bailly also misses out after being sent off in the semi-final second-leg clash with Celta Vigo at Old Trafford earlier this month.

The Manchester United players took a brief walk out onto the pitch at the Friends Arena on Tuesday night after touching down in Stockholm.

The likes of Bailly and Rojo were present to show their support for their team-mates despite the fact they will play no part in Wednesday’s game.

The stage is certainly set for an emotional encounter in Sweden on Wednesday night as Mourinho looks to bring Champions League football back to Old Trafford.

• This is the clubs’ fifth meeting in European competition. The past four produced two wins for each side.

• Ajax have marginally outscored United en route to the final: 24–23 – but they have conceded 15 goals to United’s eight.

• Daley Blind will be up against his – and his father’s – old club, the academy graduate having won four league championships with Ajax from 2008–14.

• The Dutch side are without a victory in their last six European games away from the Amsterdam Arena: D3 L3 – three draws followed by three defeats.

• Paul Pogba leads the way in terms of passes attempted (953) and completed (840) in this season’s Europa League.

• Manchester United striker Zlatan Ibrahimovic made his professional breakthrough at Ajax from 2001–04, lifting two Eredivisie titles and a Dutch Cup. He will miss the final due to a knee injury.