Photo: What Mesut Ozil did at home after Liverpool disappointment 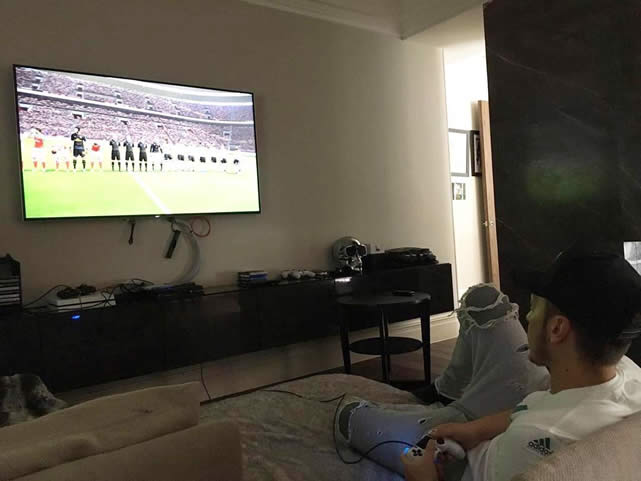 Mesut Ozil took his mind off the disappointment of Liverpool dealing a blow to Arsenal’s top-four hopes by playing a game of Pro Evolution Soccer at home on Sunday afternoon.

Ozil, like Arsenal’s fans, will have been hoping to see Liverpool drop points in their crunch Premier League clash at West Ham on Sunday afternoon.

However, there was to be no slip-up from the Reds as Liverpool secured an emphatic 4-0 win over the Hammers to move up to third place in the table.

Arsenal are now relying on either Liverpool or Manchester City to slip up before the final round of games next weekend.

And Ozil was clearly quick to take his mind off Arsenal’s position in the table as he enjoyed playing some computer games at home.

Ozil will be expecting to feature for Arsenal when the Gunners host Sunderland at The Emirates on Tuesday night.

Pundit: Forget about Arsene Wenger, Arsenal have to keep this player