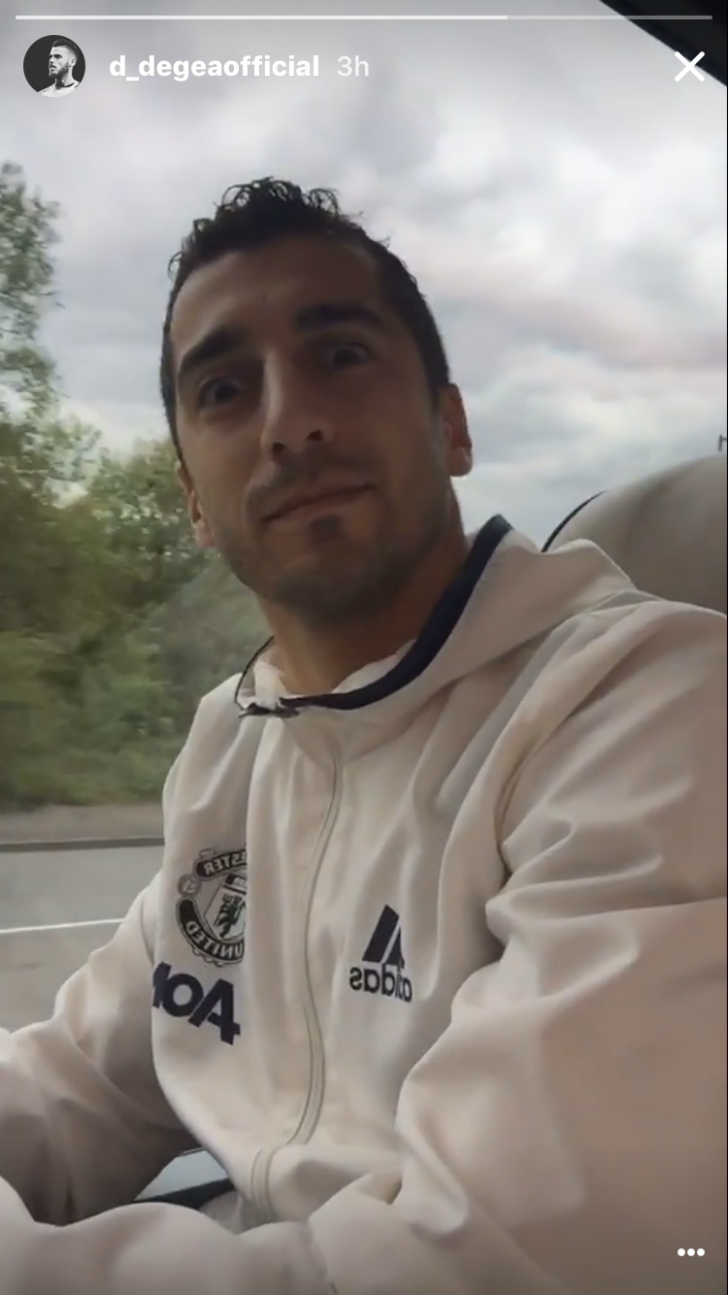 David De Gea and Henrikh Mkhitaryan were in good form as Manchester United made the long trip to Arsenal.

Jose Mourinho’s squad has been contending with a demanding fixture schedule over the past month or so in the Europa League and the Premier League.

However, the Red Devils boosted their morale with a 1-0 win against La Liga side Celta Vigo in the first leg of their Europa League semi-final on Thursday night.

England teenager Marcus Rashford netted a second-half winner from a free-kick to give Manchester United ahead of the second leg at Old Trafford next week.

De Gea was rested for the European clash but Mkhitaryan started the game in Spain following a series of excellent performances in the Europa League this term.

And the Manchester United goalkeeper posted a series of snaps with Mkhitaryan on his Instagram story as the Red Devils made the long trip to London ahead of Sunday’s game at The Emirates.

Manchester United are in fifth place in the table.