All of the facts, figures and key dates you need to know ahead of Wimbledon 2017, including the prize money 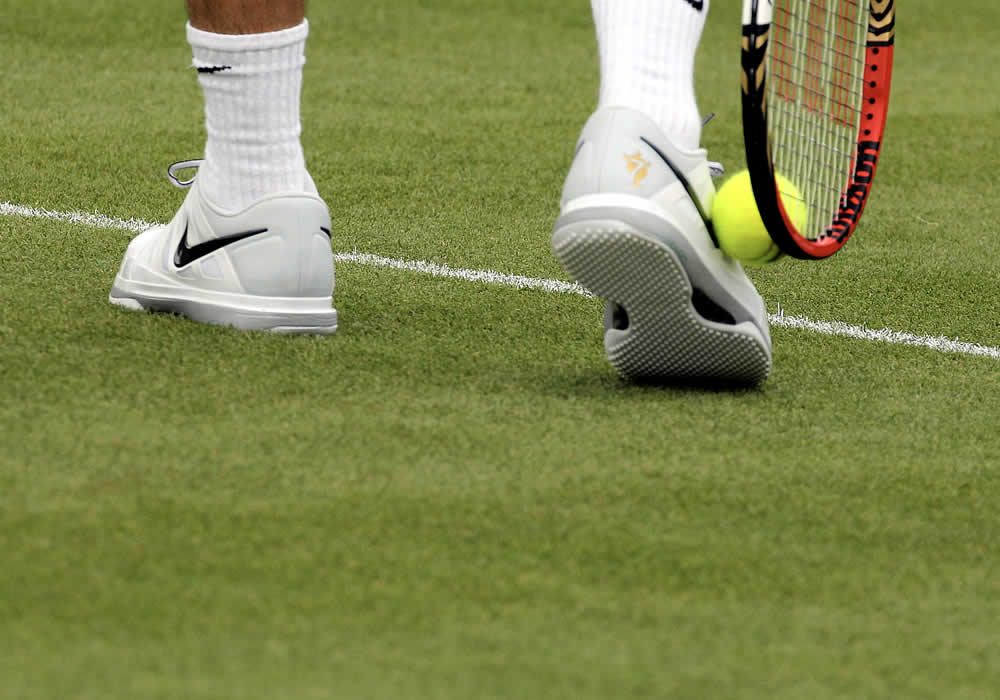 The Championships at Wimbledon begin on 3 July 2017

The Championships at Wimbledon this summer will once again set a record for prize money, it was announced at the All England Club’s annual spring conference today.

In a nod to growing audiences for other formats of the sport, the doubles draws are to share a 14.7 per cent increase in their purse, while the wheelchair competitors will benefit from a 33.3 percent rise.

And reflecting the efforts in recent years to lift the opportunities for the lower-ranked players in the tournament, each of the three rounds in qualifying will be increased by 16.7 per cent, with a player reaching the third round pocketing £17,500 and a first-round loser £4,375. Qualifiers will also this year benefit from the same daily allowances as their main draw colleagues.

Seen in the context of the last six years, the AELTC is clearly putting its money where its mouth is. Since 2011, the Championships have more than doubled the total prize money—£14.6 million in 2011—and the cheques for the singles champions. For first-round competitors, the figures have trebled: £11,500 in 2011 compared with £35,000 in 2017.

In its preamble to “About Wimbledon: In Pursuit of Greatness”, the Championship website says: “We have worked hard to build a tournament that has become the pinnacle of the sport and one that every player wants to win.”

Prize money is clearly an important element in this, but so is the experience of the players, and the visitors who flock to see them.

· No1 Court: The retractable roof will be complete for 2019, the conclusion of a three-year project that is both more complex and bigger than that for Centre Court; it will include more comfortable seating and increase capacity by almost 1,000

· Court 19: the new two-level public plaza in place of Court 19 will open in 2018, giving the tournament 18 match courts this year

· Qualifying: Last year’s qualifying event at Roehampton drew queues for the first time, so it will be a ticketed event for the first time (£5, with proceeds going to the Wimbledon charitable foundation); better security provision; inflatable court covers from 2018; broadcast from one match court

· Main walkway: The widening of St Mary’s walk, the main visitor walkway, will be complete for this year.

· Raynes Park: Opened by Andy Murray in June 2016, the AELTC Community Sports Ground at Raynes Park features six hard courts (three indoor and three outdoor), which are available for use by the local community, with coaching offered by an AELTC-funded tennis coach. Raynes Park is also the main home of the Wimbledon Junior Tennis Initiative, involving 400 local children, and the training location for the ball kids.

· Outreach: The official charity of the Championships, The Wimbledon Foundation, has awarded £1.8 million in grants and donations since it was established in 2013, and has contributed almost £1 million to 100 local charities and community organisations.

· The BBC has extended broadcasting rights to the Championships until 2024

· 90th anniversary of relationship between Wimbledon and the BBC, the first radio broadcast

The Wimbledon World Lawn Tennis Professional Championships were first held in August 1967, and featured eight of the world’s leading professionals as tennis headed to the Open era the following year. It was sponsored and broadcast by the BBC to mark the invention of colour TV, and was won by Rod Laver.

[Virginia Wade, to mark the 40th anniversary of her singles victory in 1977, is also invited.]