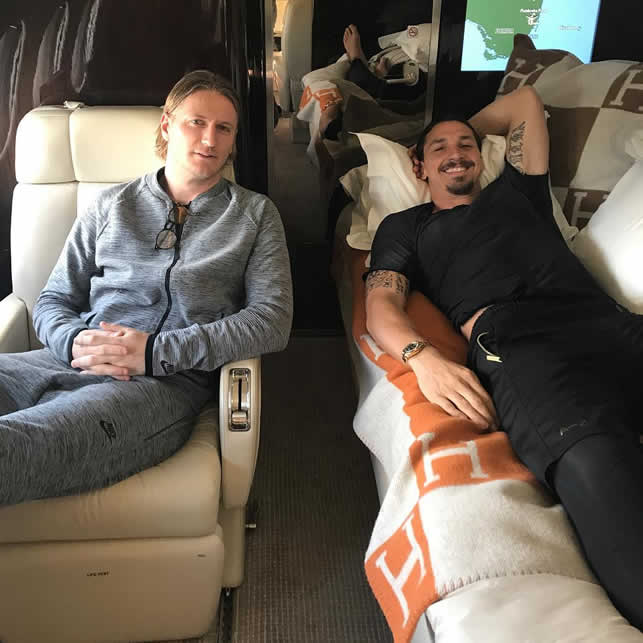 Zlatan Ibrahimovic was all smiles as he relaxed in a private jet and headed back home with AC Milan star Ignazio Abate after his successful knee operation in the USA.

The Swedish striker has been ruled out of action for a number of months after suffering a season-ending knee injury while on duty for Manchester United in the Europa League.

Ibrahimovic underwent a knee operation in the US and will now embark on a long period of rehabilitation.

However, the 35-year-old seemed to be in high spirits as he jetted back to Europe with Abate.

Abate posted the picture above on his personal Instagram account and wrote the caption: “With ‘the bomber’ one travels comfortable and with plenty of space…#backhome ✈️ @iamzlatanibrahimovic”

Manchester United fans will be hoping to see Ibrahimovic lift the Europa League trophy with his team-mates in Stockholm next week when the Red Devils take on Ajax in the final in his native homeland of Sweden.

Ibrahimovic scored 28 goals in all competitions for Manchester United in his first season at the club.