Antonio Conte would be keen to bring Alvaro Morata to Chelsea this summer, The Sport Review understands

Real Madrid striker Alvaro Morata has been linked with a move away from the Spanish club Photo: Adidas

Antonio Conte is keen to open the door for Alvaro Morata to join Chelsea this summer, despite Manchester United’s interest in the Real Madrid striker, sources have told The Sport Review.

Morata’s future has been a relentless source of speculation this summer following his lack of playing time at Real Madrid last season. Manchester United, as has been widely reported the Spanish media in recent days, are keen on bringing the Spaniard to Old Trafford.

However, with the Red Devils currently still locked in talks with Real Madrid about the possibility of signing the striker, Chelsea could be set to make a late move to sign the 24-year-old.

The Sport Review understands that the hold-up in Morata’s proposed transfer to Manchester United is because of negotiations about agent fees.

And reacting to the delay in the proposed deal for Morata to move to Old Trafford, Chelsea could be set to make a move to try and bring him to Stamford Bridge.

It is understood that Morata feels indebted to Conte after the coach took a gamble on him and brought him to Juventus in the summer of 2014 despite his lack of playing time at Real Madrid.

The pair did not get the chance to work together in Turin as Conte left Juventus in that same summer to take over as manager of the Italian national team – but Morata is thought to be very open to the idea of working under the Chelsea manager.

An official decision on Morata’s future is expected to be made public in the next 15 days.

Morata has been linked with a move away from Real Madrid after he was limited to just 14 La Liga starts last season. Despite his lack of playing time, he still managed to score 15 goals and made four assists in the Spanish top flight. 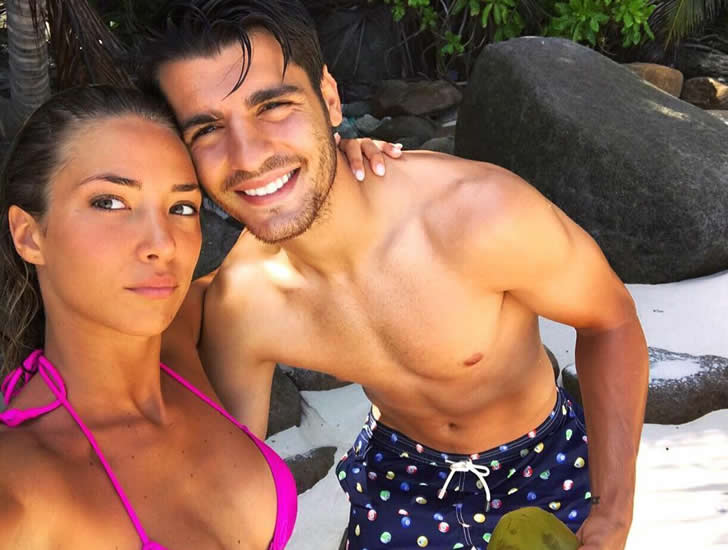 As the speculation about his future rumbles on, Morata himself is currently enjoying some time away from football, on his honeymoon with long-term girlfriend Alice Campello in the Seychelles after tying the knot in Venice earlier this month.

Meanwhile, as the Morata saga continues to drag on, The Sport Review understands that Manchester United have also contacted Torino to enquire about the availability of Italy striker Andrea Belotti.