The Chelsea midfielder is hoping for more kids and more titles...

Cesc Fabregas is confident of adding to his growing collection of silverware next season.

The 29-year-old won his first Premier League title in 2015 in what was a momentum year for the midfielder following the birth of his second daughter Capri.

Indeed, the former Arsenal captain has spotted a trend when it comes to titles and births in his family, which could bode well for Chelsea fans next term.

Taking to Twitter on Friday, Fabregas appeared to send a message to his partner Daniella that more babies are required if Chelsea are to taste more success next term. 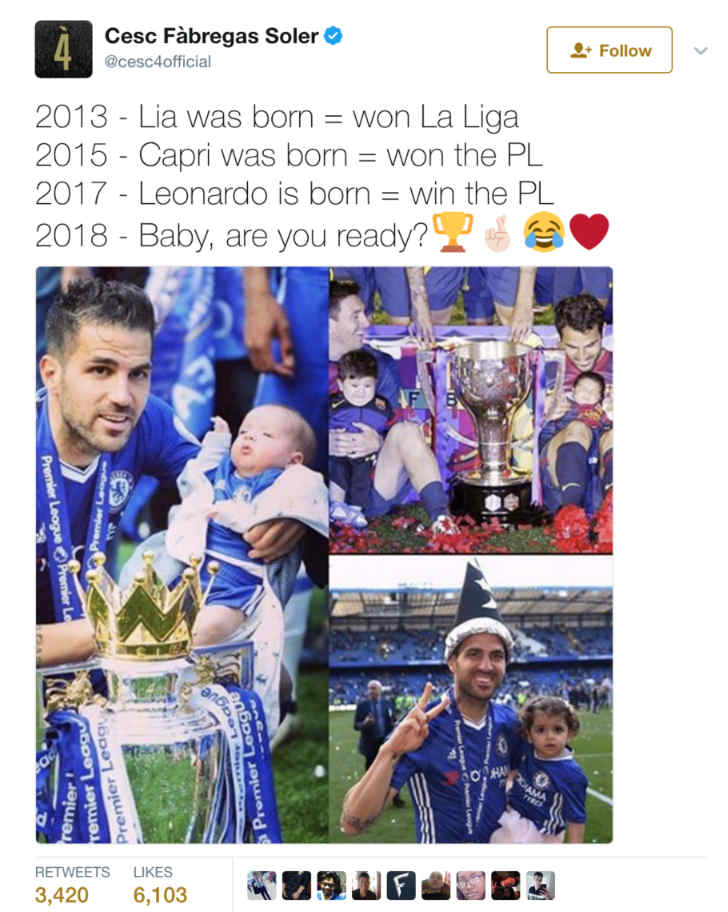 Chelsea lost 2-1 to Arsenal in the FA Cup final at Wembley.