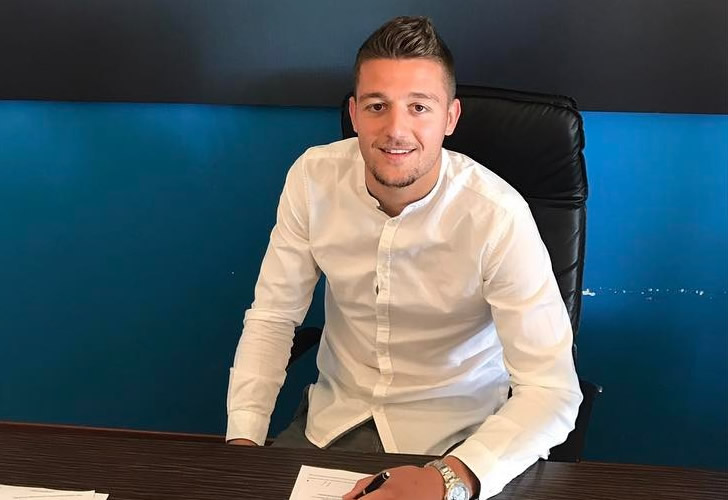 Liverpool manager Jurgen Klopp has made contact with Lazio to enquire about midfielder Sergej Milinkovic-Savic, The Sport Review understands.

It is no secret that Liverpool are very interested in bringing Mohamed Salah to Anfield from AS Roma this summer.

But the Egyptian is not the only player who Liverpool are keeping an eye on from Serie A this summer.

It is understood that Klopp has contacted Lazio boss Simone Inzaghi about the development and progress of Milinkovic-Savic as he ponders a move for the 22-year-old. Liverpool are after a talented quality midfielder this summer and the Serb could be the right man to enforce their line.

The Sport Review understands that Liverpool would be prepared to offer €28m (£24.6m) to Lazio for a player considered to be one of the most exciting young talents in Europe.

Milinkovic-Savic has recently rejected the call from his national team and so he will not take part in the forthcoming European Under-21 Championship, which starts in Poland on Friday 16 June.

Klopp and Liverpool have been following Milinkovic-Savic for many months. The Reds are believed to be ready to offer to the player a five-year deal and annual wages of €3.5m (£3.07m).

Lazio are likely to resist the temptation of selling a player who they consider as a first choice and one of the pillars they want to build their team around. But in today’s football world, there are no unsellable players: every club will listen to a big-money offer.

Milinkovic-Savic was born in 1995 in Leida, Spain. His father Nikola Milinkovic was a football player and spent most of his career in that country. His mother, meanwhile, Milana Savic, was a basketball player.

Sergej started his playing career at Vojvodina Novi Sad and then moved to Genk, where Lazio were attracted by his skills and qualities. They brought him to Italy in 2015 and he has since played 59 matches, scoring five goals in Serie A, four in the season just ended.

His brother Vanja plays football too – he is a goalkeeper and recently moved to Torino. A few years ago he was linked with Manchester United, but no deal materialised.

French Open 2017, the semi-finals: Records and milestones at stake for Nadal, Murray, Wawrinka and Thiem