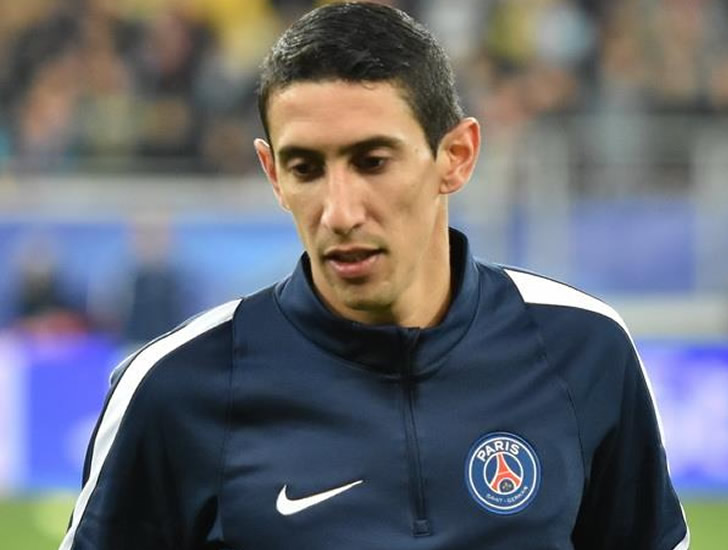 Manchester United are ready to make a sensational £48.3m (€55m) bid to bring Angel Di Maria back to Old Trafford from Paris Saint-Germain this summer, The Sport Review understands.

The Red Devils are believed to be interested in re-signing the Argentina international as Jose Mourinho looks for attacking reinforcements – and the Premier League club are ready to battle with Inter Milan for his signature.

The Sport Review understands that Manchester United are prepared to offer the 29-year-old a five-year contract worth around £210,000 a week, a little less than two years after he was sold to PSG by the Red Devils, when he was deemed surplus to requirements at Old Trafford by then manager Louis van Gaal.

Di Maria is attracting interest from a host of European clubs this summer because the winger is not sure whether he will remain at PSG for another year.

The attacker – who lasted just 12 months in his first stint at Manchester United, scoring four goals in 32 games – wants to represent a club that can guarantee him success, especially in the Champions League.

PSG were dumped out of the Champions League by Barcelona last season at the last-16 stage in humiliating circumstances, as the Spanish side mounted a remarkable comeback to book their place in the quarter-finals.

Former Real Madrid star Di Maria is now believed to be a top target for Mourinho as the Portuguese coach looks to bolster his squad this summer ahead of his side’s return to the Champions League next season.

Mourinho is preparing his team to compete with Europe’s elite next season and has told friends​ that Di Maria would be the perfect man for his project.

The Red Devils are expected to submit an official offer to sign Di Maria from PSG in the next few days, The Sport Review understands.

If the Ligue 1 club accept and decide to sell the winger, it is understood that they are already planning to use the funds to sign Alexis Sanchez from Arsenal, even if the Chilean is one of the players Carlo Ancelotti would like to bring to Bayern Munich this summer.

Manchester United are preparing for a return to the Champions League group stage next season after Mourinho led the Red Devils to the Europa League and EFL Cup trophies in his first season in charge at Old Trafford.