Alexis Sanchez has been enjoying some time in the sun with his new girlfriend Mayte Rodriguez, the Chilean actress 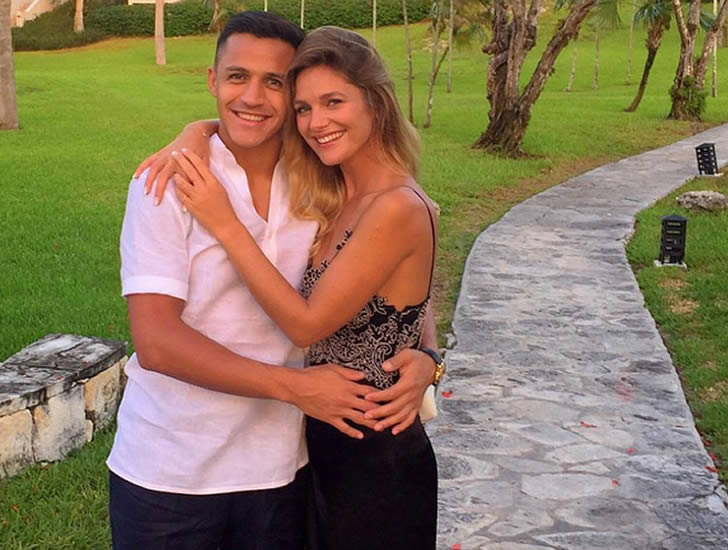 Alexis Sanchez has been taking his mind off football with his new girlfriend Mayte Rodriguez as the Arsenal star enjoys some well-earned downtime.

The Chile international’s future at Arsenal has been a relentless source of speculation in the last few months as he has now entered into the final 12 months of his contract at The Emirates.

It remains to be seen whether Sanchez wants to stay at the Gunners or seek a transfer away from the north London club this summer.

However, it seems that he is happy to be taking some time away from football as he enjoyed some time away with his new partner, Chilean actress Rodriguez.

The 28-year-old star posted two pictures of himself with Rodriguez on holiday on his Instagram story on Tuesday as he enjoyed some downtime away from football.

Sanchez is due to report back to Arsenal for pre-season training in the next few weeks after being given some time off following his involvement in Chile’s Confederations Cup campaign in Russia. 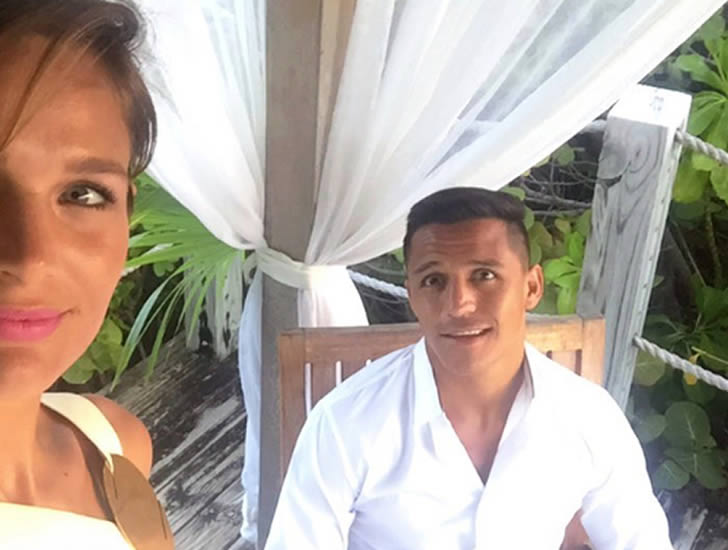 Arsenal kick off their Premier League campaign with a home clash against Leicester on 11 August.