Photo: Alexis Sanchez shows Arsenal fans what he’s up to amid transfer talk 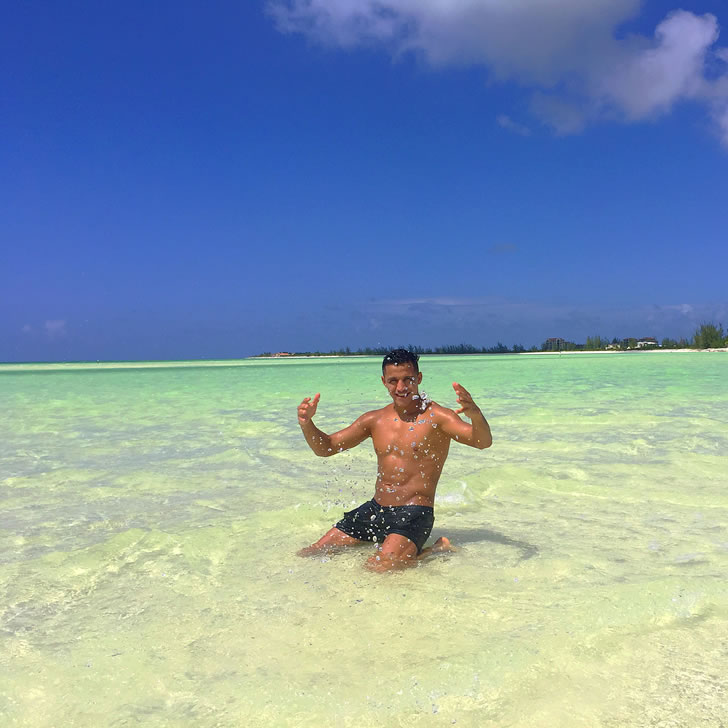 Alexis Sanchez is enjoying a well-earned rest ahead of the new season as he continues to be linked with a transfer away from Arsenal this summer.

The Arsenal forward has been heavily linked with a move away from The Emirates in recent weeks because he has less than 12 months left on his current deal and is yet to put pen to paper on a new contract.

Sanchez helped Chile reach the Confederations Cup final earlier this summer and has been given an extended holiday by his club.

And the 28-year-old certainly looks like he is making the most of his break, as he shared the photo above of himself relaxing in warmer climes.

It remains to be seen whether Sanchez will line up for Arsenal next season or if he will get a transfer away from The Emirates.

The Gunners could be keen to cash-in on the player if he wants to leave the club rather than risk losing him on a free transfer this time next year.