Kylian Mbappe jetted back to Monaco on Sunday but is his latest Instagram update a transfer hint? 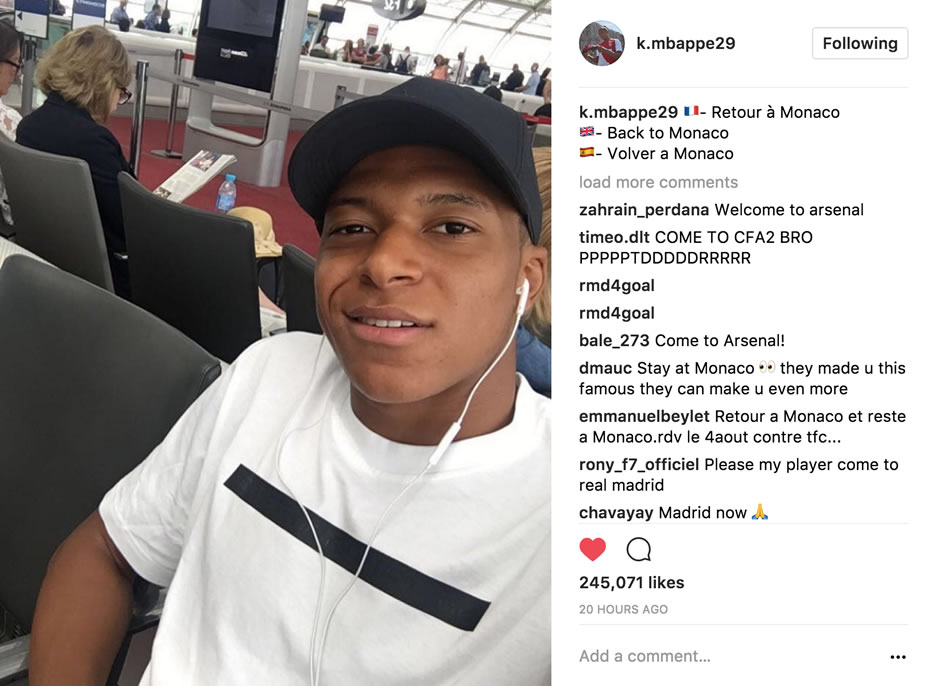 Kylian Mbappe has taken to social media to hint that he will be staying at Monaco this summer after posting a picture of himself at the airport before jetting back to the Principality.

The 18-year-old striker has been heavily linked with a move away from Monaco this summer, with Arsenal regularly touted as a possible destination for the France international.

Real Madrid are also thought to be interested in signing the highly-rated France youngster this summer.

However, the player himself appears to have suggested that he is staying at Monaco after posting a snap of him at the airport before jetting back to the club.

But he couldn’t help himself from teasing fans by posting the same update in three languages – French, English and Spanish – which is not something he has done regularly on Instagram.

He shared the photo above on the app and wrote the caption: “‪🇫🇷- Retour à Monaco ‬‪🇬🇧- Back to Monaco ‬‪🇪🇸- Volver a Monaco .”

Arsenal jetted off to Australia to begin their pre-season preparations on Sunday.

The Gunners confirmed their second signing of the summer last week by snapping up Alexandre Lacazette from Lyon.

Arsenal could sell star to rivals but only for £80m – report