Mesut Ozil was helping to put new Arsenal signing Sead Kolasinac through his paces at London Colney on Thursday afternoon.

The Bosnian defender was the first of Arsenal’s two summer signings after the left-back completed a free transfer from Bundesliga outfit Schalke 04 last month.

Kolasinac will battle with Nacho Monreal and Kieran Gibbs for a place in the Arsenal first-team as the Gunners look to make amends for a disappointing 2016-17 season.

The new Arsenal signing scored three times and made five assists in 25 games in the Bundesliga last season to establish himself as one of the German top flight’s most-consistent defenders.

Ozil, like Kolasinac, is a former Schalke 04 player, even though the Arsenal pair never played together at Gelsenkirchen.

But the Arsenal midfielder will be hoping to get to know his new team-mate during pre-season as the pair worked out together at London Colney on Thursday afternoon.

Ozil posted the above photo on his Instagram page and wrote the following caption: “Preparation continues … 💪🏻🎯 #YaGunnersYa #AFC @arsenal” 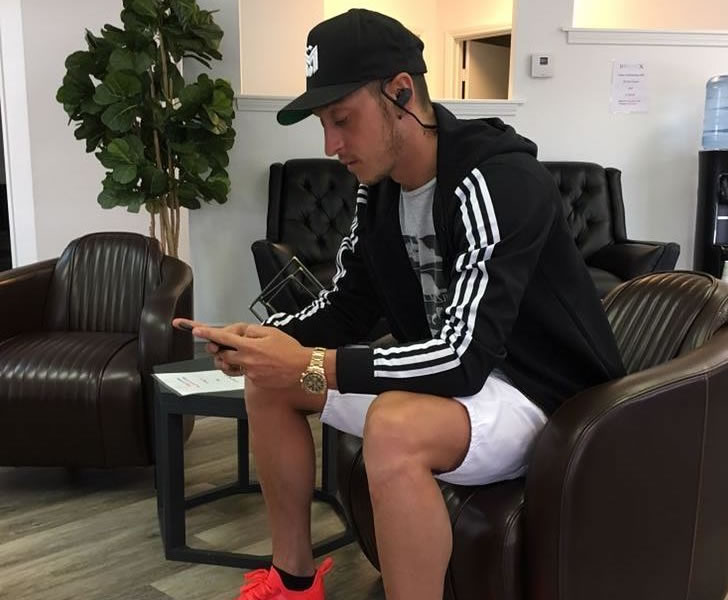 Arsenal finished in fifth place in the Premier League last season but the north London outfit did win the FA Cup thanks to a 2-1 victory over champions Chelsea.