Alexandre Lacazette gave Arsenal fans a taster of what they can expect to see next season at London Colney on Thursday.

Lacazette has put pen to paper on a long-term deal and becomes Arsenal’s most-expensive player after his transfer fee exceeded Mesut Ozil’s £42.5m from 2013.

The 26-year-old scored 28 times in 31 games in Ligue 1 last season, while the France international netted a further nine goals in 12 appearances in cup competitions.

However, Lacazette could bring more to the Arsenal team than just goals after the new signing showed off his close control in a video published on the north London side’s official Instagram page.

Lacazette has scored 100 times in 203 appearances in Ligue 1 since breaking into the Lyon team.

Arsenal finished in fifth place in the Premier League table last season but missed out on a spot in the Champions League.

The Gunners did end the season on a positive note after winning the FA Cup. 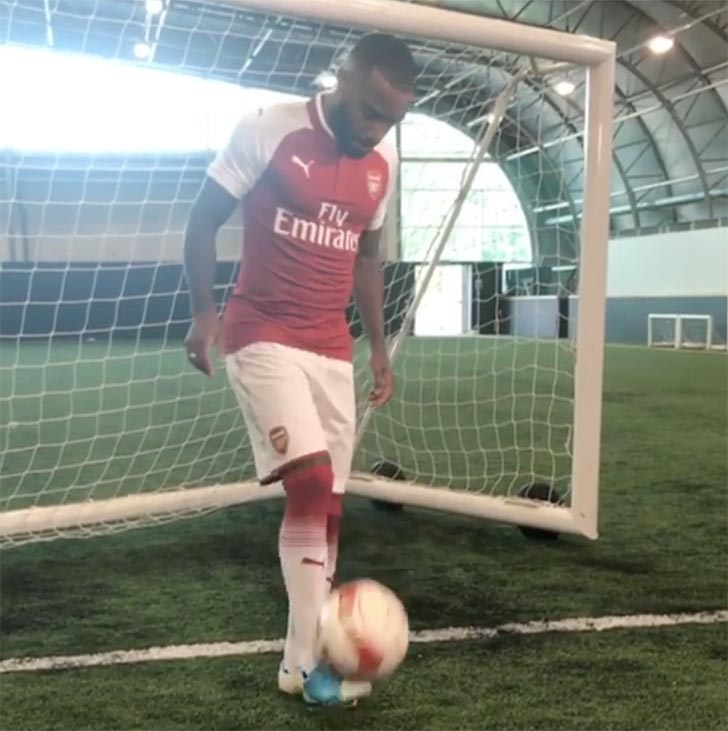