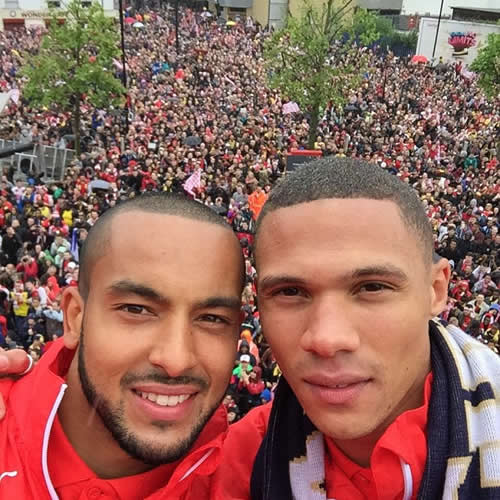 Nigel Winterburn is backing Kieran Gibbs to leave Arsenal at “some stage” in the near future.

The England international is facing an uncertain future at the north London club after falling behind Nacho Monreal in the pecking order at the Emirates Stadium.

However, the 27-year-old is now facing a tougher task to break into the Arsenal team next season after Bosnian defender Sead Kolasinac from Bundesliga outfit Schalke 04 in a free transfer last month.

The new Arsenal signing scored three goals and made five assists in 25 appearances in the Bundesliga last term to establish himself as one of the German top flight’s most-consistent full-backs.

Former Arsenal defender Winterburn admits Gibbs could leave the north London side in the near future given the addition of Kolasinac in the summer transfer window.

“Maybe he just wants to see what happens and how much game time he gets. It’s very rare really, that you have three left-backs at a football club so if you look at it from that point of view, I think that Kieran will move on.

“When that becomes public, he will have to look at the teams and the quality of who are coming in and where he wants to go. He doesn’t have to move straight away, if he doesn’t feel it is right for him at the moment.

“He can sit on his contract and wait to see how things are developing for Arsenal and then for different clubs coming in and if not this transfer than maybe January.”

Arsenal finished in fifth place in the Premier League table last season to miss out on a place in the Champions League next term.