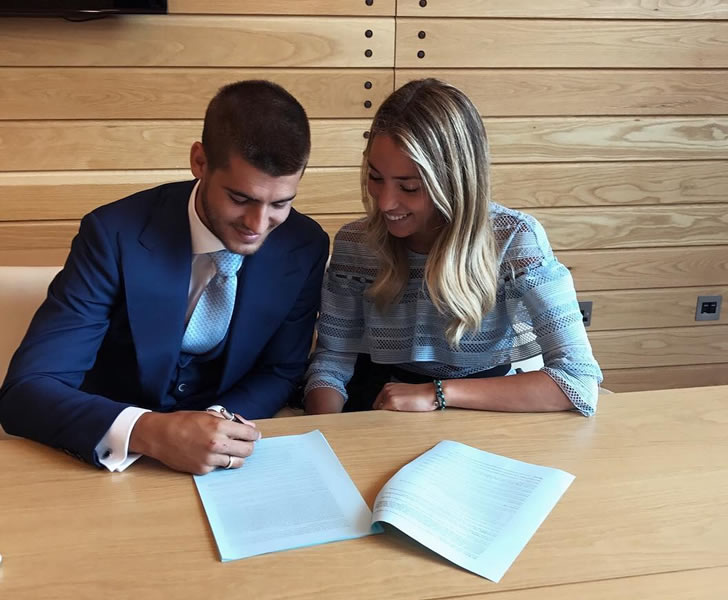 Antonio Conte has warned Chelsea fans not to expect too much from Alvaro Morata too soon next season.

The 24-year-old Spain international became the west London club’s fourth signing of the summer last week when he signed a five-year contract with the Blues.

The former Real Madrid star made his Chelsea debut this week when the English champions lost 3-2 to Bayern Munich in their latest pre-season friendly.

All eyes are likely to be on Morata next season as he gets ready for his first taste of Premier League football.

However, Italian manager Conte has warned his team against expecting too much from Morata too soon.

Speaking at his news conference in Singapore after Tuesday’s game, Conte said: “It’s not easy to speak about the impact of Alvaro because he’s only been with us two days and he needs to work and find his feet, and understand our idea of football, but for sure he showed a great will and for us he’s a great buy.

“We need to give him the right time to adapt to our way of football but he must be pleased with his performance.”

Chelsea are set to make a return to the Champions League next season after the Blues won the Premier League in Conte’s first campaign in charge last term.

The west London side will also be hoping to defend their Premier League title under the Italian manager’s guidance.