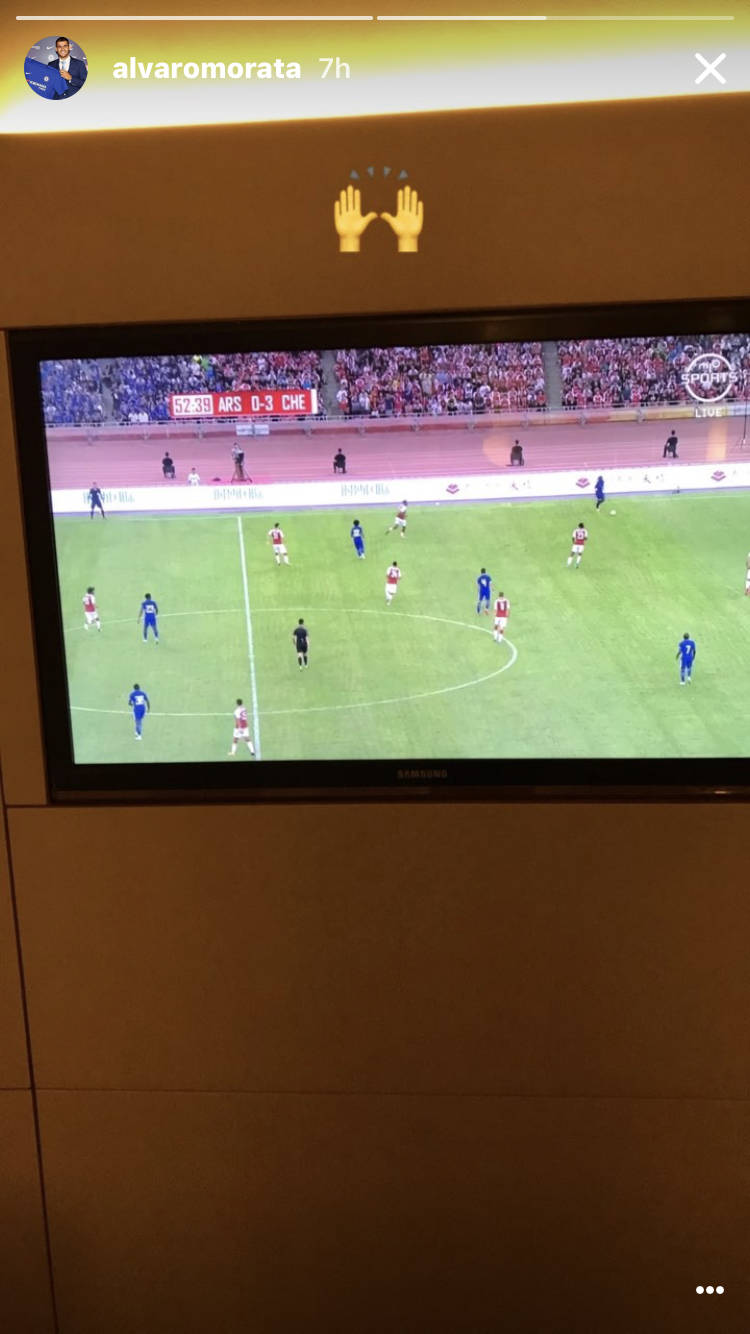 Alvaro Morata hasn’t taken long to adjust to that feeling of beating Arsenal as a Chelsea player.

Morata is the fourth of Chelsea’s summer signings so far and arrives at Stamford Bridge with a big reputation from his spells at Juventus and Real Madrid.

Chelsea were in action in Beijing on Saturday as Antonio Conte’s side gear up for the new Premier League campaign.

Morata’s rival for a first-team place Michy Batshuayi was in fine form after the Belgium international scored twice in a 3-0 win against their bitter rivals Arsenal.

And the Spanish forward celebrated the result on his Instagram page with the above snap to the delight of Chelsea supporters.