Photos: New Chelsea signing trains with his team-mates for the first time

Alvaro Morata and Antonio Rudiger looked to be in good shape as they trained with their new Chelsea team-mates this week during the club’s pre-season tour.

Rudiger signed for Chelsea earlier this month and took part in his first session with the west London side this week as he and Morata get to grips with life at their new club.

Morata, meanwhile, linked up with his new team-mates last weekend after he signed a five-year contract with the Premier League club following his transfer from Real Madrid.

Rudiger and Morata make up two of Chelsea’s signings so far this summer, with the Blues having also brought in Willy Caballero and Tiemoue Bakayoko ahead of next season.

Both players looked to be at home as they adapt to life at Chelsea ahead of their first season in the Premier League.

The west London side will be hoping to challenge for the Premier League title next season once again after they won the trophy in Antonio Conte’s first campaign at the club last term. 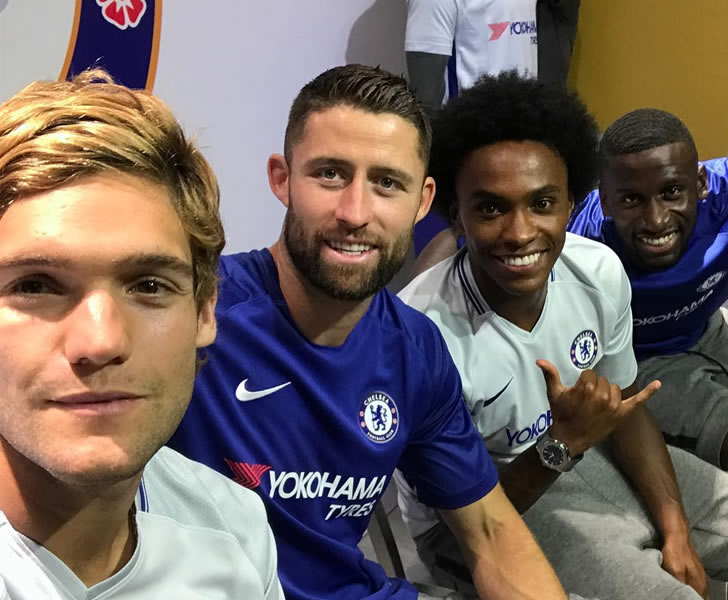 Ex-coach predicts where Man United will finish next season