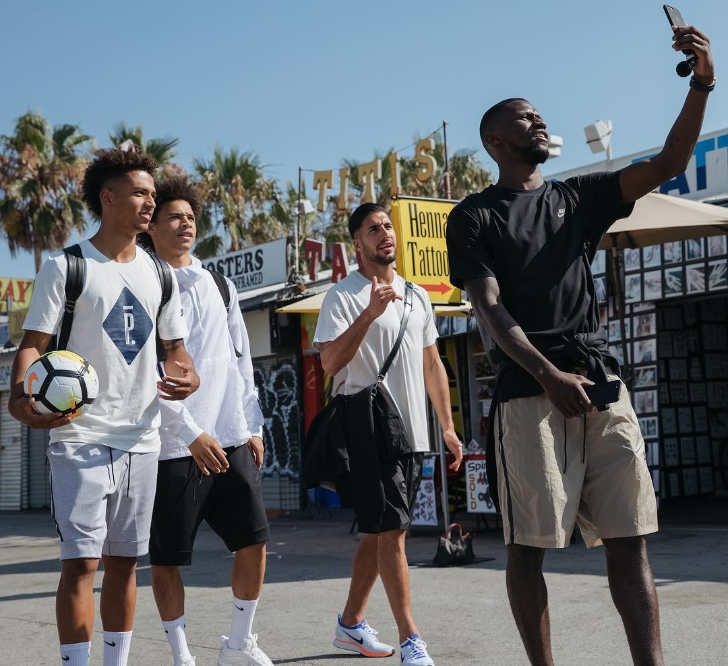 Emre Can, Leroy Sane and Antonio Rudiger hang out Photo: Emre Can / Instagram

Emre Can and Leroy Sane have been hanging out with Antonio Rudiger in LA amid talk of the German defender moving to Chelsea.

AS Roma’s centre-half has been heavily linked with a switch to the Premier League champions in the summer transfer window.

Indeed, Chelsea have endured a frustrating summer so far after failing to get any deals for their primary targets over the line.

However, last week it was reported that Chelsea had switched their attention to AS Roma’s Germany international Rudiger.

And the 24-year-old has been hanging out Liverpool midfielder Can and Manchester City forward in Los Angeles before the trio return for pre-season.

Can posted the above photo on his Instagram page and wrote the following caption:

The Blues have only recruited Manchester City reserve goalkeeper Willy Caballero in the summer transfer window so far.