Evergreen Federer, Djokovic and Sela prove age is just a number on way to Wimbledon round 3 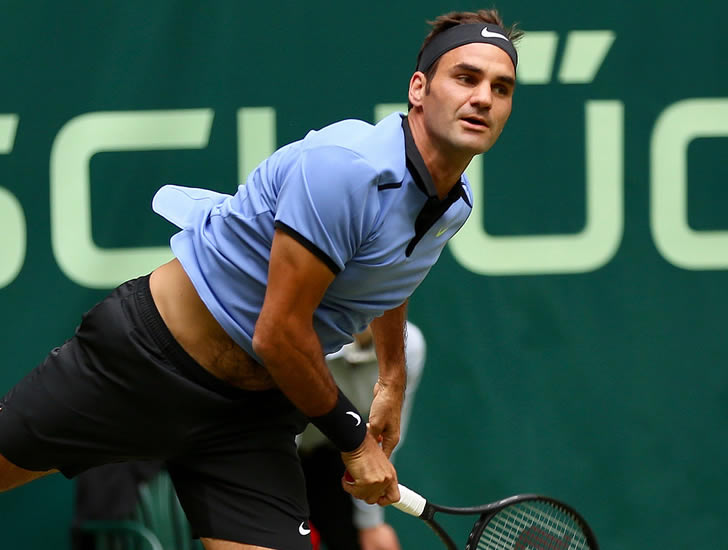 Age is just a number.

Certainly that oft-quoted statement is being justified by the Wimbledon draw, just as it has been throughout the year. For this flexing of the muscles by the older men in tennis has become, well pretty normal.

For a start, the top five in the world range from 30 to 35 and own all but two of the Grand Slam titles through the last decade.

Of the 32 seeds in Wimbledon’s men’s draw, 16 are over 30—several of them significantly so.

Expand the search to the top 40, and there are 21 of them. Some are even enjoying career-high ranks and results, the likes of Gilles Muller, who won his first two titles this year, aged 34. Pablo Cuevas won all six titles from all nine of his finals after 2014, and broke the top 20 for the first time late last year. He is 31.

Even in the Race to London, it is this year’s big achievers who lead proceedings: Rafael Nadal and Roger Federer have won both Majors and four Masters between them, and the latter did not even play the two-month clay swing.

At Wimbledon, 48 of the 128 men who set out on Monday are over 30—well over a third. By the second round the percentage remained the same: 24 into the last 64.

So how would the picture look by the time the third-round line-up was set? The top half had maintained its over-30 standard, but how many of the 12 in the bottom half would make the third-round cut?

Well two of them were very hot favourites to hold up their end. The oldest, and the poster-boy for evergreen tennis these days, is Federer, who turns 36 next month.

The seven-time champion and No3 seed was one of four men aged 35 aiming for Round 3 in the bottom half, though his longevity has already ensured a growing tally of records.

This is his record-equalling 70th Major appearance, while his first-round victory took him to the top of Wimbledon match-wins, 85 of them, and he is hoping to win not just a record eighth Wimbledon title but to become the oldest men’s champion here in the Open era.

To make matters worse for his 27-year-old opponent, Dusan Lajovic, Federer was many pundits’ favourite for the title even before the draw was made.

His bristling, confident return to the top table this year with the Australian Open, Indian Wells and Miami titles, topped off by a ninth Halle trophy, made him the man to beat. He was, he said, now pain-free, having reached the semis here last year in what would be his last tournament of 2016 with persistent knee and back problems.

This spring, No2 Novak Djokovic, along with exact contemporary and No1 seed Andy Murray, joined the over-30s club, and the three-time champion, here with the impressive support of Andre Agassi and Mario Ancic, was, like Federer, expected to sail through to Round 3.

But then Djokovic also has an incentive that none of the others in his half of the draw have: He could regain the No1 ranking if he stays the course to the end.

He arrived after an up down season but with his own grass title from Eastbourne, and that seems to have put a real spring in his step: He looks refreshed, happy and confident.

He had played barely a set in his opener when his opponent retired, but once he warmed up against the 136-ranked Adam Pavlasek in Round 2, he went into cruise mode, a 6-2, 6-2, 6-1.

“It’s perfect. Exactly what I want. I don’t want to have any five-set matches. I had enough match play in Eastbourne. I felt very good today in terms of my game and where it was from the beginning till the end.”

He will next play Ernests Gulbis, who produced some thrilling tennis to beat No29 seed Juan Martin del Potro.

Other ‘mature’ winners were 35-year-old David Ferrer, who had to play only three games before fellow 30-something Steve Darcis had to retire: The Belgian had played a long five-setter to get this far.

He will next play Grigor Dimitrov, who did put out one of the over-30s, Marcos Baghdatis, for the loss of just six games.

Also out was Gilles Simon, age 32, to the 23-year-old Dominic Thiem, then the unseeded 35-year-old Mikhail Youzhny to No6 seed Milos Raonic, while Paolo Lorenzi, age 35 and at a career-high ranking of 33, found 20-year-old Jared Donaldson was too much for him.

And what of the oldest of them, Mr Poster Boy?

After a shaky start—and Federer too had a short visit to Centre Court in his opener when Alexandr Dolgopolov retired after a set—he warmed up, but not before getting broken in his first service game. He broke straight back, but Lajovic had clearly determined to go on the attack at every opportunity.

Each began to hold serve with ease, and they headed to a tie-break—and then the champion’s mentality kicked in with a vengeance. Federer did not drop a point, 7-6(0).

From that stage, his nerves dropped away, for it was nerves that even this most experienced of men blamed for his slow start. After failing to convert his break chance in the second game, he did so in the fourth, though Lajovic did not back off, and saved a 0-40 position in the sixth game with five straight points.

But at just over the hour, Federer had the set, 6-3, and 24 minutes later, he had the match, 6-2, with two breaks in a growing exhibition of touch, pace, and serving prowess.

With 31 winners to 15 errors, and a tally of 23 points won at the net, it demonstrated the increasingly offensive, dominating style Federer has come to love. And as he next plays a left-handed serve and volley player in Mischa Zverev, he will no doubt relish every fast-paced minute.

Footnote: The three-eighths tally of over 30s has been maintained into the third round, with six in the top half and six in the bottom half: 12 out of 32