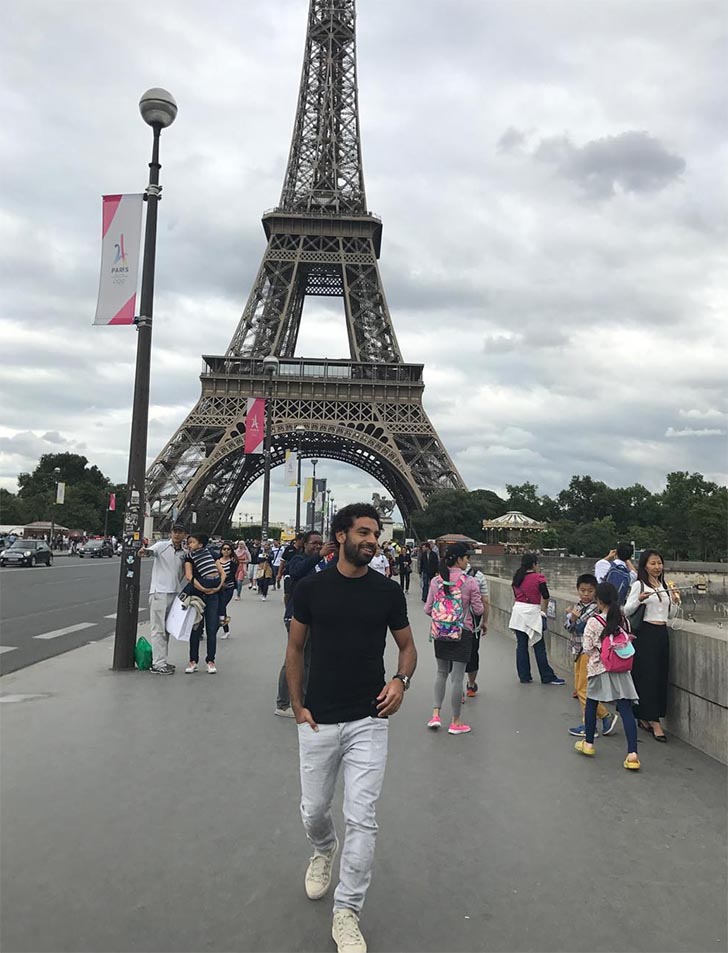 Mohamed Salah made the trip to Paris as the Liverpool signing took a break from pre-season training with his new club.

The Egypt international moved to Liverpool in a club-record £36.7m deal from Serie A side AS Roma earlier this month.

The African winger was training with his new team-mates at Melwood earlier this week as Liverpool prepare for the 2017-18 campaign.

However, Salah took a break from Merseyside on Wednesday as the Liverpool summer signing took a stroll around Paris.

Salah posted the above photo on his Instagram page and wrote the following caption: “🗼🗼”

Klopp signed seven players last summer but the Liverpool boss has struggled to get any further deals over the line in the current transfer window so far.

The Reds will be hoping to challenge for the Premier League title next season and end their long wait to lift the top-flight crown.