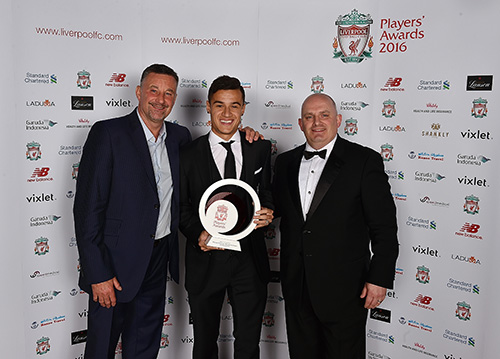 Liverpool would be willing to accept a £90m offer for Philippe Coutinho from Barcelona, according to Dharmesh Sheth.

The Brazil international is being linked with a potential move to the Catalan side in the summer transfer window as Barcelona prepare for the potential departure of Coutinho’s compatriot Neymar.

Liverpool have insisted that the 25-year-old isn’t for sale this summer, but reports continue to suggest Barcelona are confident of getting a deal over the line for the South American star.

However, Sky Sports News reporter Sheth has claimed that an offer in the region of £90m would be enough to tempt Liverpool into selling their number 10.

“Liverpool’s stance remains unchanged – he’s not for sale, he’s happy and he signed a five-year contract in January. Barcelona, though, believe Coutinho would join and an offer of around £90m would be enough.”

The Reds are gearing up for a return to the Champions League next season after Jurgen Klopp’s side finished fourth in the Premier League last term.

– Liverpool signed Philippe Coutinho in an £8.5m deal from Serie A giants Inter Milan in the 2013 January transfer window.

– The South American is still waiting to win his first trophy with Liverpool but finished as a Premier League runner-up in 2014.

– Coutinho was voted Liverpool’s player of the year in 2015 and 2016 thanks to his influential performances.

– The Liverpool No10 has scored 42 times in 184 appearances in all competitions during his four-and-a-half year stint at Anfield.

Pundit claims Arsenal star should have been ‘next Paul Gascoigne’