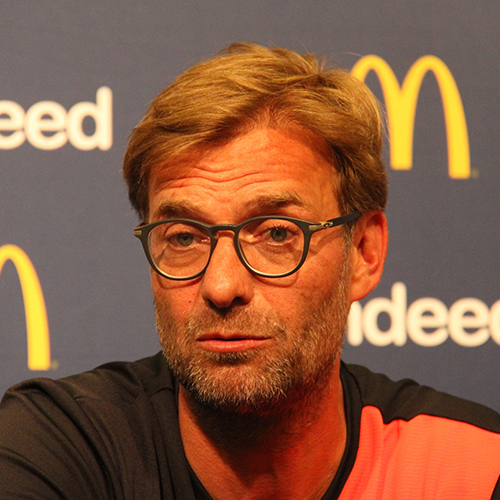 RB Leipzig boss Ralph Hasenhuttl has told Liverpool that Naby Keita won’t leave the German club this summer – but hinted a deal could be on next year.

The Guinea international has been regularly linked with a move to the Anfield outfit over the past few months as Jurgen Klopp looks to strengthen his options ahead of the new season.

The 22-year-old was one of Bundesliga’s standout players in the 2016-17 campaign despite Keita only moving to RB Leipzig in a £12.75m deal from Austrian side Red Bull Salzburg last summer.

The box-to-box midfielder finished with an impressive return of eight goals and seven assists in 31 appearances to help RB Leipzig finish in second place behind Bayern Munich in the table.

Liverpool have reportedly tested RB Leipzig’s resolve with two offers – thought to be worth around £57m and £66m – but the German club have remained firm in their stance that Keita is not for sale.

The Reds are thought to be preparing one final bid in excess of £70m, which would almost be double Liverpool’s current transfer record.

However, speaking after RB Leipzig’s 1-0 loss to La Liga side Sevilla in the Emirates Cup clash in London, manager Hasenhuttl was asked about Liverpool’s interest in Keita.

“Until next summer, we’ll keep [the door] closed and then we’ll have a look.”

Asked if it’s true Keita has a release clause in his contract which becomes active next summer, he replied: “I don’t tell you about the details of his contract.”