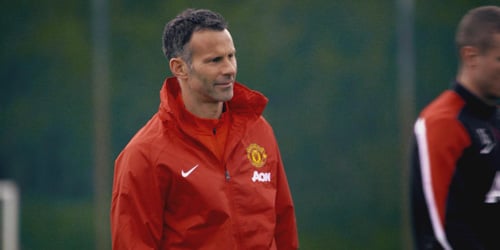 Ryan Giggs has warned Romelu Lukaku that new Manchester United strikers are expected to have an immediate impact at Old Trafford.

The Belgium international moved to Manchester United in a £75m deal from Premier League rivals Everton earlier this summer despite interest from Chelsea.

Lukaku will be tasked with replacing the goal void left by club captain Wayne Rooney and Swedish legend Zlatan Ibrahimovic in the Manchester United side next season.

The 24-year-old scored 25 goals in 36 appearances in the Premier League last season to finish behind Tottenham Hotspur striker Harry Kane in the race to win the golden boot.

And Giggs, who played with the aforementioned quartet during his decorated career at Old Trafford, offered Lukaku some advice about leaving his mark on the Manchester United side.

“Experience helps. At United you have had players like [Zlatan] Ibrahimovic or [Robin] Van Persie come in and immediately think ‘this is the place for me’,” Giggs told the Daily Telegraph.

“The centre forwards of United come under pressure if they do not score. At another club you can go a few games without scoring and it is under the radar. Not at United.

“He is going to have to deal with that, but the flip side is he will get far more chances than he did at Everton and West Brom because at Old Trafford they will be constantly going forward.

“I look back to that Burnley game last season when they had 30 shots. He will score a lot of goals, but it is the bigger games and the away games where judgements will be made.”

Lukaku opted to move to Manchester United ahead of interest from Everton.

Michael Owen predicts where Chelsea will finish next season