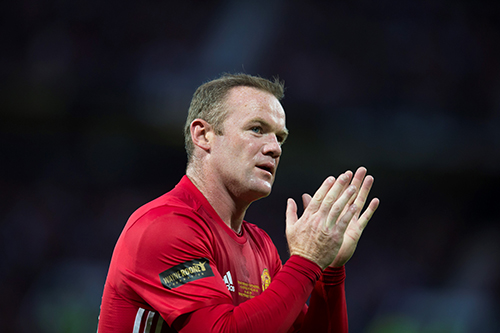 Gary Neville has taken to social media to wish Wayne Rooney all the best after the striker’s return to Everton was officially confirmed on Sunday.

There had been plenty of speculation about Rooney’s future in recent months following his lack of playing time at Manchester United last season.

And the transfer talk finally came to an end on Sunday when Everton confirmed the signing of their former striker 13 years after he left Goodison Park to sign for the Toffees.

Former Manchester United defender Neville played alongside Rooney at Old Trafford and the pair won a host of trophies together for the Red Devils.

And the Sky Sports pundit was full of praise for the striker after his move to Goodison Park was confirmed on Sunday afternoon.

Neville wrote on Twitter: “All the best @WayneRooney and congratulations on a great United career. The best striker I played with and saw at the club.”

News of Rooney’s move came the day after Manchester United confirmed that they had agreed a fee with Everton to bring Romelu Lukaku to Old Trafford.

Manchester United jetted off to the United States for the club’s pre-season tour of America on Sunday.