Adnan Januzaj has sent a heartfelt message to Manchester United fans after sealing his Old Trafford exit on Wednesday.

The Belgium international completed a move to La Liga outfit Real Sociedad after struggling to make an impression under manager Jose Mourinho.

The 22-year-old was sent out on loan to Sunderland last season but the Belgian forward was unable to help the Black Cats avoid relegation to the Championship.

Januzaj was excluded from Manchester United’s squad for their pre-season tour of United States to prompt speculation that his departure was imminent.

And the Europa League winners confirmed on Wednesday that Januzaj has completed a move to the Spanish club to call time on his Old Trafford career.

And Januzaj wasted no time taking to social media to pay a special tribute to Manchester United fans.

Januzaj posted the above photo on his Instagram page and wrote the following caption:

“Where to start… I’ve had some incredible moments with @manchesterunited since I joined. I want to say a massive thank you to all my teammates that have come and gone from the club. It’s been a pleasure to play with you all. Thank you to some of the coaches and staff that work at Manchester United to make it such a great club!
Unfortunately, my time at the club has come to an end and it didn’t go the way I wanted it to go but I will always have love for Manchester United ❤
And finally, a huge thank you to the fans that have stuck by me through the good and bad times! I will never forget that positive support. Thank you #GGMU 🔴🔴🔴”

Januzaj burst onto the scene under Sir Alex Ferguson’s successor David Moyes and was one of the only bright sparks in an otherwise disastrous 2013-14 season.

The Belgium international scored five times in 63 appearances for Manchester United but struggled to make an impression under Louis van Gaal and Jose Mourinho. 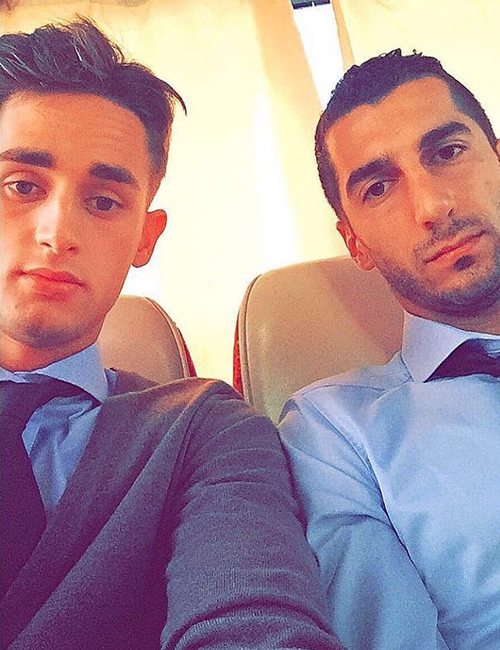