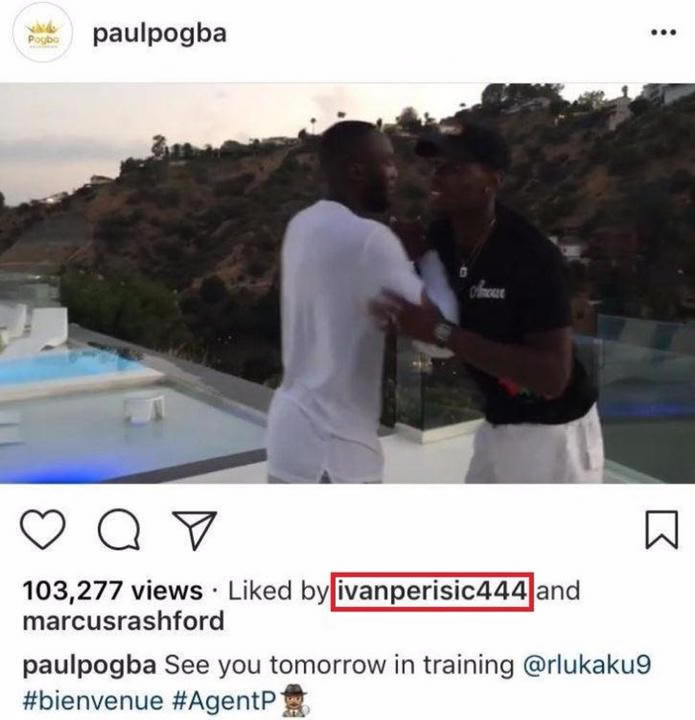 Ivan Perisic has fuelled the speculation linking him with a transfer to Manchester United this summer by liking Paul Pogba’s most recent Instagram post.

The Croatian winger has been heavily linked with a move to Old Trafford this summer as Jose Mourinho looks to bolster his attacking options ahead of his second season in charge at the club.

Inter Milan appear to be reluctant to sell the 28-year-old and it remains to be seen whether Perisic will end up as a Manchester United players next season.

Manchester United confirmed that they had agreed a deal to sign Romelu Lukaku from Everton on Saturday as their second signing of the summer.

Pogba posted a video of himself celebrating the deal with Lukaku himself in LA ahead of pre-season training.

And eagle-eyed Manchester United supporters spotted that Perisic was one of the followers to have liked the post.

Mourinho will surely be keen to further add some depth to his squad this summer, with the Red Devils set for a return to the Champions League in his second season in charge at Old Trafford.