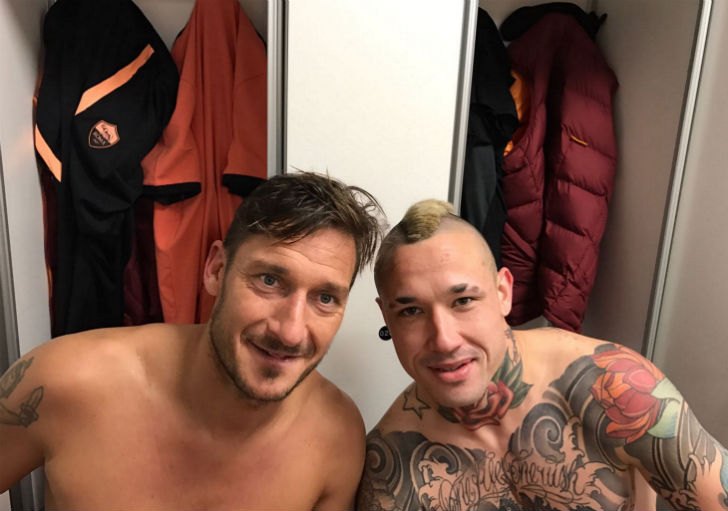 AS Roma president James Pallotta has told Manchester United that Radja Nainggolan is not for sale this summer.

The Red Devils have been linked with a move to sign the Belgium international in the summer transfer window as Jose Mourinho looks to improve his midfield options.

Chelsea midfielder Nemanja Matic was a reported target for Manchester United but the Serbia international looks on course to move to Serie A champions Juventus.

AS Monaco midfielder Fabinho and Tottenham Hotspur star Eric Dier were both rumoured to be targets for Mourinho as the Red Devils boss looks to find a long-term successor to Michael Carrick.

Nainggolan emerged as a target for the Europa League winners earlier this month amid ongoing uncertainty about the 29-year-old contractual situation at the Serie A side.

However, AS Roma president Pallotta has a sent a clear message to Nainggolan’s suitors that the tenacious Belgian midfielder will not be leaving the Italian capital this summer.

“We’ve made the sales we had to for Financial Fair Play. Monchi is doing a great job, we have a common plan and we discuss everything together,” Pallotta is quoted as saying by the Daily Mail.

“We have a plan for the market, there is a list of players who we are analysing, we have been thinking about some of them for a long time.

“We’re thinking about players based on their potential.'”