Michy Batshuayi sends message to Chelsea fans about his future 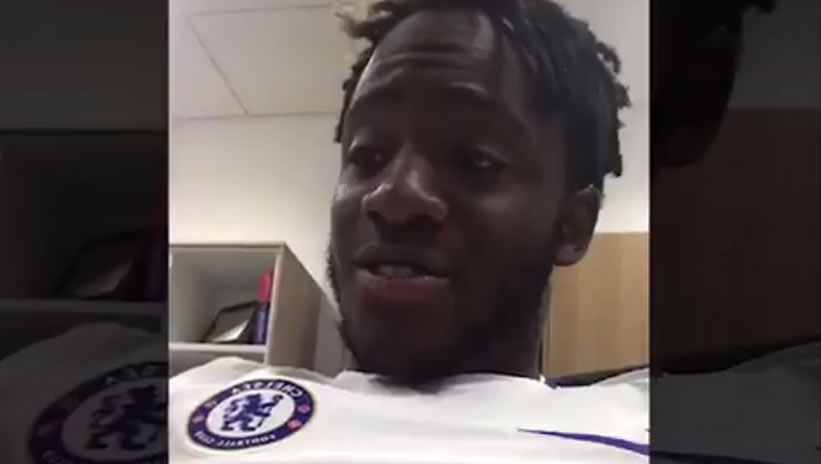 Michy Batshuayi has taken to social media to hint that his future lies at Chelsea beyond the summer transfer window.

The Belgian striker’s future has been something of a source of speculation in recent weeks because of his lack of playing time in his first campaign at the west London club.

The forward only made one Premier League start for Antonio Conte’s men in the Premier League but still managed to score five goals in the top flight despite being mainly limited to appearances from the bench.

However, it seems that the 23-year-old has no intention of quitting Chelsea this summer as he prepares for his second season at the west London club.

Batshuayi posted a video of himself giving a blood sample on Twitter and wrote the caption: “When ppl asking me where I’m going but Chelsea’s LITERALLY in my blood right now 💉💙 .. 😂😂😂”

Chelsea returned to pre-season training on Monday as Conte’s men look to defend their title and also launch a bid to win the Champions League in the Italian manager’s second campaign in charge.