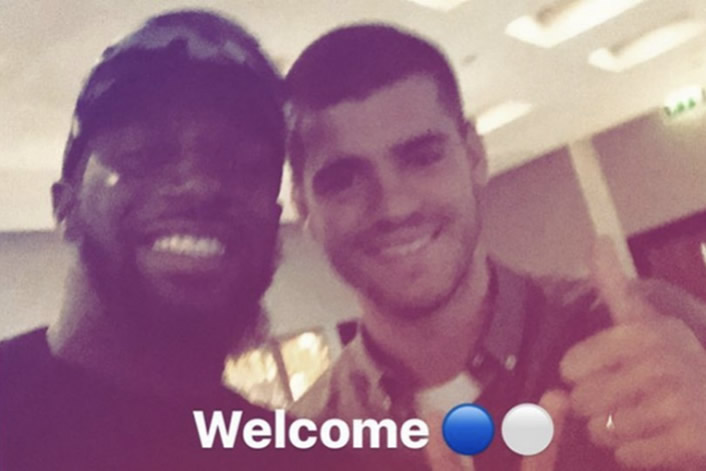 Tiemoue Bakayoko was all smiles as he posed for a selfie with Alvaro Morata on Thursday ahead of the Spaniard’s transfer to Chelsea.

The Spanish striker is expected to sign for the Blues in the coming hours after he arrived in London to complete his medical and agree personal terms on Thursday.

Chelsea confirmed on Wednesday night that they had agreed a deal to sign Morata from Real Madrid for an initial fee believed to around £58m.

Bakayoko, who himself was only confirmed as a Chelsea player last weekend after joining from Monaco, snapped a selfie with Morata on Thursday as the striker closed in on his move to Stamford Bridge, and then uploaded it onto his Instagram story.

Morata, 24, was heavily linked with a transfer to the Premier League throughout the summer, with Manchester United thought to be among the teams interested in signing him.

However, he has ended up heading to Stamford Bridge after the Red Devils ended up signing striker Romelu Lukaku from Everton.

Chelsea are preparing for a return to the Champions League next season after Antonio Conte led the Blues to the Premier League title in his first campaign in charge at Stamford Bridge.