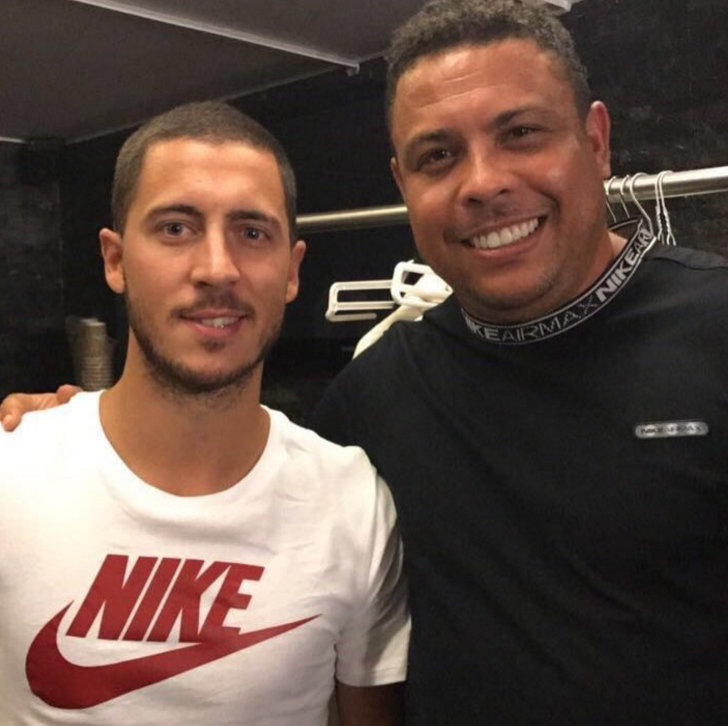 The Blues forward’s future has been a source of speculation in the summer months despite Hazard helping Antonio Conte to win the Premier League title in his first season as Chelsea manager.

Hazard has regularly been linked with the Champions League holders since winning the PFA player of the year award for his performances in Chelsea’s title-winning season in 2014-15.

Indeed, Real Madrid boss Zinedine Zidane is thought to be a big admirer of the Belgium international amid reports los Blancos want to make a marquee signing this summer.

And Hazard was brushing shoulders with Real Madrid royalty in London on Wednesday night as the Chelsea number 10 posed for a photo with Brazil legend Ronaldo at an event in the English capital.

Hazard posted the above photo on his Instagram page and wrote the following caption:

“Great to meet you my new friend @ronaldo you are welcome in London any time! #winner #legend #nikefootball”

The Chelsea star scored 16 times and made five assists in 36 appearances in the Premier League last season to help Conte’s side wrap up the title.