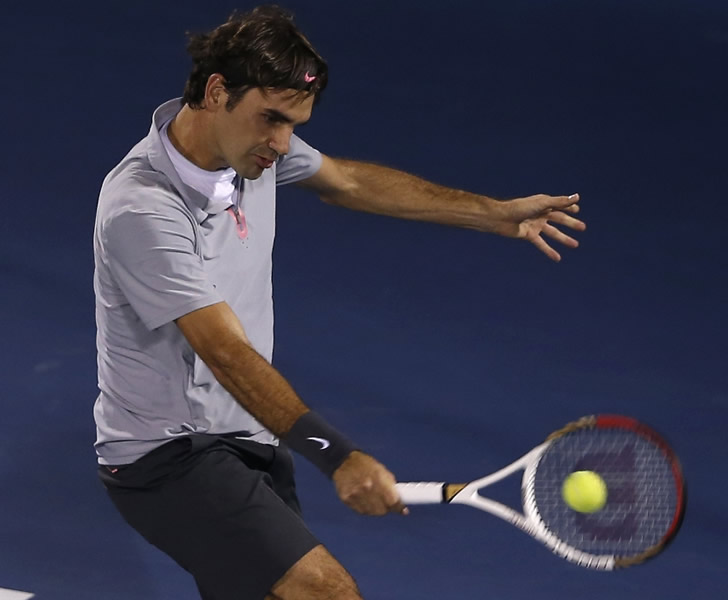 It has been hard to mention the name of Roger Federer in the last three weeks or so without the number eight following soon after.

And by now, the reason will have become clear to anyone with even a passing interest in sport: Federer became one of the rare sporting superstars to headline both the front and back pages of almost every newspaper in the land.

Late on Sunday afternoon, he became the first man in history to win an eighth men’s singles title at the All England Club, the oldest man in the Open era to lift the trophy, and it extended his record in Majors to 19.

The number 19, in its own way, had become something of a touchstone during the tournament: Federer was playing in his 19th Wimbledon, at the famous Club located in SW19, and was targeting his 19th Major.

He was also just 19 years old when he announced his arrival at Wimbledon with a bang to beat seven-time and defending champion Pete Sampras in the fourth round in 2001—the only match they would ever contest.

For the first time this year, however, there was no Court 19 at Wimbledon, so Federer could not practise there before the final even if he had wanted to. So where did he head for that last warm-up with coaches Severin Luthi and Ivan Ljubicic? Court 8.

And those with good memories may recall that he practised on Court 8 before his last Wimbledon final in 2015, too. That day, he went on to lose to Novak Djokovic. This year, those last loosening hits preluded his eighth title.

That record No8 had, of course, eluded Federer for several years. It was back in 2012 that the Swiss won No7, and he had twice reached the final without closing out the deal.

So perhaps now, as he approached his 36th birthday, even the pragmatic Swiss had decided to seek out a good luck charm.

Yet that No8 rang distant bells.

It was back in Dubai in 2013 that Federer beat Nikolay Davydenko in the quarter-finals to notch up his 888th career win, prompting him to post a message on Facebook:
“Eight is my favourite number! One of my friends just emailed me and reminded that I just won my 888th match on tour. Very cool.”

A favourite because eight features so strongly in his birthdate, 08-08-81, perhaps? Whatever the reason, he went on later that year to set up, with his long-term agent Tony Godsick, a new sports agency: Team8.

But while Federer may be a man of habit, of routine, even of minute control, he rarely comes across as a man of superstition, a man where luck has much to do with anything.

Not for him the obsessive rituals of Rafael Nadal, whose bottles are placed with millimetre precision during matches, nor the stripping of his racket grip at every change of ends, à la Richard Gasquet, nor the seeking out a ball that has just won a point for Andy Murray, nor Bjorn Borg’s habit of wearing the same shirt for every defence of his Wimbledon title.

Indeed, as Federer’s—and Sampras’s—former coach, Paul Annacone asserted in the New York Times when they joined forces in 2011:

“I can tell you that Roger and Pete, the only superstition they have is that they’re not superstitious. We don’t sit down with Roger and talk about ‘This would be [Wimbledon] No7.” And I think that’s great because it helps [Roger] stay in the moment, and if you get too caught up in the what ifs, you can drift away from the reality.”

Annacone no longer coaches Federer, but they remain good friends, and he still admires that ‘bigger picture’ quality of the Swiss. 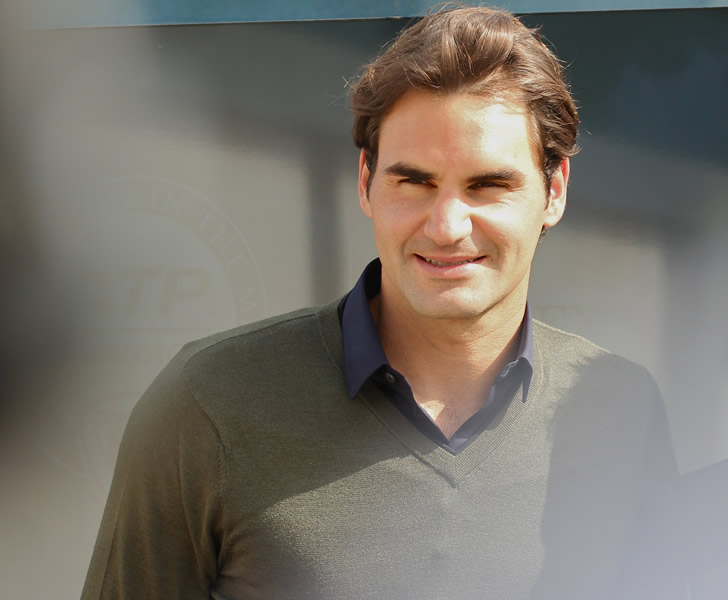 He told The Sport Review at Wimbledon this week: “I look at how he manages his career and how pragmatic he’s been about trying to adapt to the environment—I need a break, OK I’ll take a break.

“He’s very good about making decisions without panicking. He trusts his skills, he knows that it’s most important for him to be mentally and physically prepared, and that’s really hard as a competitor, to step back.”

When Federer talked of ‘the long game’ back in Dubai 2013, he was 31, and already batting away questions about how long he would continue to play.

“I just want to give myself the best possible chance to play as long as I can. And then eventually it will be clear that it’s time to stop, but the time’s definitely not now. We know things change very quickly—got to be ready and open for it, and I am. I’m not being naïve that I can play for another 15 years, but I’d like to give myself a chance to play for many more years to come…”

But he went on to explain to me how maintaining his form through 888 wins had nothing to do with luck but was rather a creative, evolving process.

“So you sometimes get a bit—comfortable, I like to call it. I have really tried to fight it all the time, to make sure I have enough fire going, and that motivation is not the issue. That’s why you need to keep practices exciting, your daily routines you have to have fun, otherwise it becomes a bit of a drain.

“And that’s where I always changed it up, where I’ve practised in the past, with whom I’ve practised, make it fun with my entourage.”

More than four years on, and with his 36th birthday looming, Federer continues to bat away the ‘retirement’ issue, and after undergoing his first ever surgery last year—to a knee—he is a little more circumspect but no less sure of what will determine his ability to continue.

“There’s never a guarantee, especially not at 35, 36. But the goal is definitely to be here again next year to try and defend.

“[But] you don’t know how your body is going to react to that kind of pressure when you’re moving, you’re not free, you’re tense. That’s why you always need to have the right balance between practice, matches and vacation… That’s going to be the interesting thing moving forward, how I’m going to be able to manage that.”

He was then asked what had enabled him to achieve the records he has. He factored in many things, but luck was not one of them.

“I think at this stage it’s really consistency… And I felt like I dreamed pretty big as a kid. I believed that maybe things were possible that others thought were never going to be achievable. That helped me.

“Then I just think I trained really hard and very clever over all the years. I go back to my first coach, to my coaches today, and the same thing with fitness all the way; I think every step of the way I always had the right people.

“Then I had wonderful, amazing people around me in my wife, my parents, who always kept me very grounded, kept me the person I am still today.

“Then in the game, I guess, yes, I was blessed with a lot of talent, but I also had to work for it. Talent only gets you that far really.”

It was probably no coincidence that he opted for Court 8 on Sunday as he prepared to compete for his eighth title, even though it made no difference in 2015. But why not, just for the fun of it?

And that he went on to seal victory this time with his 8th ace of the match, leaving Marin Cilic with just eight games in their eighth career meeting, well how lucky was that?

Which begs the question: When Federer returns next year in pursuit of his ninth title, will there have to be a new lucky number on the block? Perhaps, for a start, Wimbledon will clip its grass on Court 9 to 9mm instead of 8mm?

No, let’s be clear: When it comes to the achievements of Federer, luck has had nothing to do it.