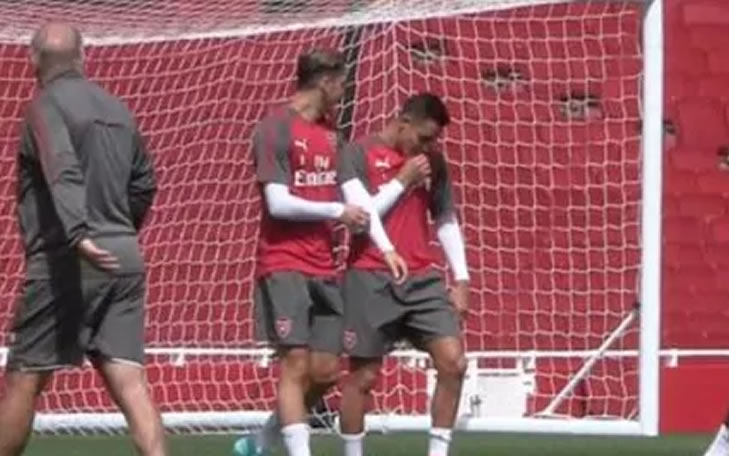 Alexis Sanchez has dropped a big hint that he will be staying at Arsenal next season after he was pictured ‘kissing’ the club’s badge on his shirt during an open training session at Emirates Stadium last week.

The Chile international’s future has been a relentless source of speculation this summer as he continues to be linked with a possible move away from the club after entering into the final 12 months of his current contract.

Sanchez returned to training with the Gunners last week as they turn their attentions towards their Community Shield clash against Chelsea at Wembley on Sunday.

The 28-year-old was looking in good spirits in training at The Emirates on Thursday and was pictured quickly kissing the Arsenal badge after Mesut Ozil apparently encouraged him to do so.

Sanchez’s current deal is set to expire next summer and it remains to be seen whether he will extend his stay at the club.

Arsenal boss Arsene Wenger said on Thursday that he had made up his mind that Sanchez would be staying at the club for next season, even if it means him leaving on a free transfer next year.

The north London side finished fifth in the Premier League and won the FA Cup last season.

Chelsea interested in signing one of four midfielders – report