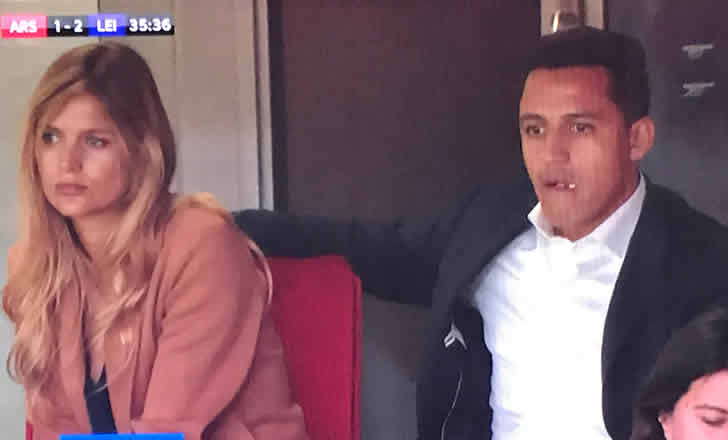 Alexis Sanchez did not look too happy with Arsenal trailing Photo: Sky Sports

Alexis Sanchez was in the stands as Arsenal came from behind twice to beat Leicester City 4-3 in a thrilling Premier League opener at The Emirates on Friday night.

The Chile international is currently sidelined with an abdominal strain and watched on from the stands as the Gunners produced an unconvincing performance in front of their home fans.

Sanchez’s future has been a relentless source of speculation throughout the summer after he entered into the final 12 months of his contract at the club.

And the 28-year-old did not look to be too happy as he was joined by his girlfriend Mayte Rodriguez in the stands at The Emirates.

Alexandre Lacazette gave Arsenal the lead soon after kick-off when he headed home a close-range header to net his first Premier League goal.

However, Shinji Okazaki levelled moments later when a close-range header, before Jamie Vardy struck to put the visitors ahead.

Danny Welbeck’s strike on the stroke of half-time allowed the Gunners to go in level at the break. 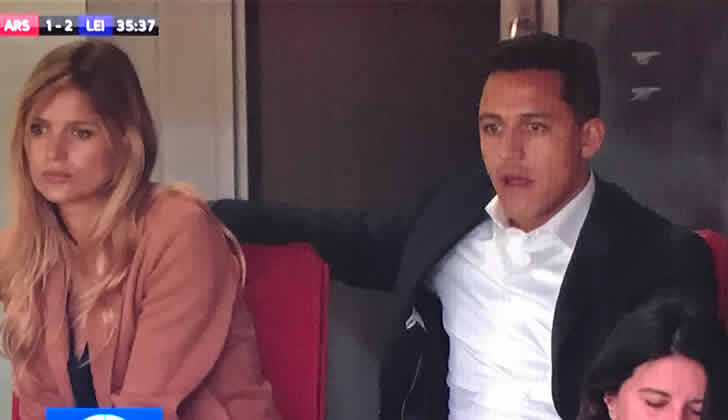 But Vardy struck again in the 56th minute to make it 3-2 to Craig Shakespeare’s side.

Substitute Aaron Ramsey levelled once again in the 84th minute to make it 3-3, before Olivier Giroud headed home a winner late on.

Arsenal now prepare for their trip to Stoke City in the Premier League next Saturday afternoon.