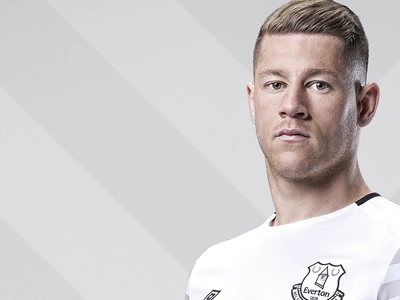 Arsenal should sign Everton star Ross Barkley in a £25m deal to improve their midfield options, according to Perry Groves.

Everton boss Ronald Koeman has already confirmed that the England international is set to leave Goodison Park in the summer transfer window.

However, Barkley has failed to secure a move to one of Everton’s Premier League rivals so far amid reports the playmaker wants £120,000 a week in wages.

Arsenal’s bitter rivals Chelsea and Tottenham Hotspur have both been linked with a move to sign the England star before the start of the new season.

But Groves wants to see Arsenal challenge for Barkley’s signature in order to partner the Everton attacker with club-record signing Alexandre Lacazette.

“I’d absolutely love him at Arsenal,” Groves to bwin.

“I’m a massive Ross Barkley fan and think he could be perfect for us. He’s got something that other players don’t have.

“If you can get Barkley for £25m, that’s a no-brainer. He could play behind Lacazette or alongside Xhaka – I’d love to have him.

“At this stage of his career, the money should not be the driving force. He wants to test himself and needs to do so at a club like Arsenal to earn the right to demand such money.”

Arsenal signed Lacazette in a £52m deal from Ligue 1 side Lyon last month to improve their attacking options.

The Gunners, who finished fifth in the Premier League and won the FA Cup last season, have also signed Bosnian defender Sead Kolasinac in a free transfer from Bundesliga outfit Schalke 04.

– Ross Barkley made his Everton debut in a 1-0 loss to Queens Park Rangers on the opening day of the 2011-12 season.

– The England international scored his first Toffees goal and was named man of the match in Everton’s 2-2 draw with Norwich City in the first fixture of the 2012-13 campaign.

– Barkley has netted 21 times in 150 appearances in the Premier League for Everton over the past six seasons.

– The Toffees playmaker has made 21 appearances for the England national team.